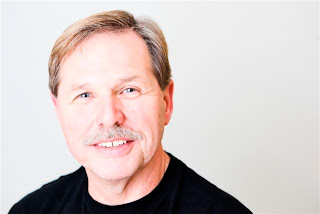 Good God, hasn't there been a lot of shootings lately?
It's like watching Eyewitness News .
Then, when you throw in that fire that claimed the lives of a father and daughter, it conjures up images of the City of Buffalo- always on fire.
Very sad.

I remember many years ago some friends and I drove from Pickering to Buffalo to attend an "Oldies Concert". Lesley Gore and Lou Christie- among others, were performing. As we drove through North Tonewanda, we came to a police roadblock.
"There's a huge fire"- the officer told us through an open driver's side window.
We all laughed. He was a little taken aback.
"Fires burning in North Tonewanda is all we hear about on Buffalo News. We are here for a concert and now the fire may make us late"- we chimed in.
The officer pointed to a street just ahead on the right and told us how to get to the concert location.
Damned if I can remember the name of the spot. I can see it in my mind's eye but can't remember the name of the venue. It was popular at the time but I believe it's no longer in operation.
That was the first time I had seen people drinking beer at a concert. The floor was sticky and smelled of stale beer.

Just last December while watching The Sound of Music at the Princess of Wales Theatre in Toronto, a lady a couple of rows ahead was slurping on a beer and shoving nachos into her mouth. It was pretty disgusting and you could sure smell the beer. If I was next to her, I would have been ill. I hate the smell of beer.
Good thing it wasn't smoke as well.
I know, I dislike the smell of beer and I call myself a Canadian.

Touching on the shootings I mentioned off the top of this blog, once again a good reason for getting guns off the streets and making the gun registry even more stringent. This at a time when our
Conservative Government- the one with the Reform/Alliance background, would like to de-register the registry. What a bunch of *&;^%$#*&;^.
Once again fellow Canadians- anything is better than a Tory on the Throne of Canada.
If we don't "oust" them soon, we'll all be driving around in our pickups with a rifle or two on a rack above the rear-view window, spitting tobacco into the wind and having barnyard sex.

I don't care what they say, I believe the new Orillia Public Library will be a glass and steel monstrosity that won't be open until the MURF is a reality. I mean they don't even have the shovel in the hallowed ground that is the old farmer's market- yet.This architectural firm tells Orillia Citizens that the last thing we- as citizens, would want is a "fake heritage building" as our library.
Why does it have to look fake? Someone, somewhere must be able to build a new bulding that looks Victorian or Edwardian in nature. For cripes sakes, they do it on movie lots all the time!

CTV didn't air the Parolympics "live" except for B.C. The rest of the country had to watch Saturday afternoon. This either says CTV thinks these athletes aren't worth the air time- or there just isn't the money- even to flip a switch.  I still believe you'll see some massive layoffs at CTV.

Lady Ga Ga has a new video. She strips. Who in the hell wants to see that "SheMan" undress. I am still having nightmares about those rings she wore around her body when she was on Saturday Night Live a few months ago- and the way she "peeked" through them to sing to the camera. Egads!!

Have a Good One and thanks for reading
Posted by Rob Reid at 5:26 PM