Each summer-like day we have is a gift because we all know what lies on the other side.

Months of Winter featuring snow, cold temperatures, leaf-less trees, sleet, hail and ice. Everyone is talking about the weather. Some say it's staying nice through October. Others are bemoaning the Ides of November and making us beware of the Polar Vortex. Still others point to El Nino. Good or bad, I don't know.

Checking the berries on our Mountain Ash a while ago, I discovered that there were very few clumps of orange berries and the birds are munching on them already. Last fall, there were tons of berries and as we all know, winter was harsh and snow was deep. I gathered the berries in a basket and took them into the house to lay along the fireplace mantel as Harvest décor. This year that won't be happening.
The berries are gone already. If this tree is a barometer, we're in for a milder season. Over the years it has forecast the weather correctly.

Haven't some of the evenings in this late summer been grand?

I was riding my bike in early evening around Barnfield Point a couple of evenings ago. Barnfield is a peninsula of land that juts out into Lake Couchiching here in the City of Orillia in Central Ontario. As I rounded the point, Starilte radio was playing a Hawaiian song- Aloha Oe. The brilliant orange sun was slipping below the trees across the water. The sky was filled with colour. It was amazing and beautiful. It reminded me of sitting on Waikiki Beach in Honolulu watching the sun melt into the warm waters of the Pacific Ocean. Watching the sun set behind the trees across the bay wasn't quite the same but it was beautiful all the same. Hawaiian sunsets are not as colourful as the ones we have here in Central Ontario. Ours are brilliant and full of colour. Hawaiian sunsets are more 70's flavoured- lots of fuschia and muted tones but just being in Hawaii of course, makes up for a more washed-out display.

I stopped for a couple of minutes to watch. Trees in the foreground were silhouetted against the deepness of the colours in the darkening sky. Some folks were sitting on tables and still others were watching from the paved trail. The sun soon slipped away as The World is Waiting for the Sunrise began to play on Starlite Radio.

The musical accompaniment couldn't have been planned any better- and it wasn't.

It just happened that way.


Just another of the wonderful things that can happen to one as one gets older.
%$#$#
The medical name is Posterior Vitreous Detachment.
Google it.
It started with some flashes of light in my peripheral vision to the left.
My left eye felt fuzzy.
Blurred vision.
My eye drops for dry eyes were not helping. It was like I was looking through a cloud.
There was no pain but it was irritating- and inconvenient, looking through this gauze-like whatever it was.
So, on Tuesday I had to go to the eye doctor.
My retina in my left eye is detaching.
The jelly-like substance is peeling off the back of the retina.
For 6 weeks I have to take it easy.
Rest. No stress. No lifting. No bending over and then getting up quickly.
Less computer time.
It all irritates the condition.
All kinds of neat stuff really.
I see what appears like a cloud or cobweb on my left eye.
It’s annoying and worrisome.
Age related I am told.
Happens to 75% of us over 65.
I am not quite there yet but Dr. Hung says it's just one of the features of getting older.
How I love being 63!!
The eye guy is hoping it will re-attach. If it completely detaches and I see a black curtain over my eye or more light flashes, I have to get medical help asap. Right now I am waiting until Oct 21st when I have my
next appointment and when I hope he will tell me things are OK.
The worst scenario?
The retina detaches and surgery becomes the next step.
I hear Tom yelling- GET OFF THAT COMPUTER!
Better run.
Take care of your eyes, eh?

One Sunny September Afternoon on Bleeker Street- about 117pm.

Blanche: Jane Dear, whatever is the matter? I'm beating the batter for my chocolate chip cookies and I hear you screaming obscenities...

Blanche: Well that's what it sounded like to me.

Jane: Well Blanche ~puff, drag puff~ I was just watching the leaves fall from my favourite Maple Tree in the front yard.

Blanche: Now Jane Dear, that's nothing to get upset about. Leaves fall every autumn. It's September now, we have to expect it.

Jane: ~puff, puff~ Oh I know Blanche. It's just so Fu#king upsetting. I love that tree ~puff~ and the leaves are so green and lush. 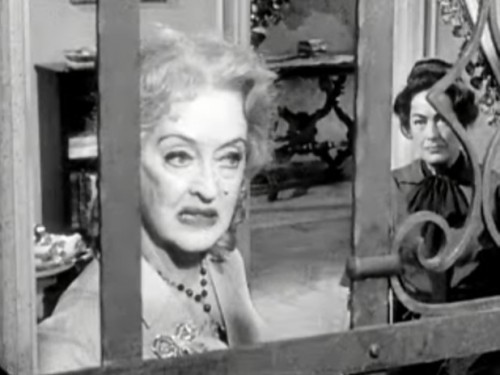 Blanche: Love! Never thought I'd see the day when you were so full of something as human as love!

Jane: Oh Hardy-Fu#king Har! ~puff, drag, exhale~ Have I ever told you how much Fu#king fun it is living in this house with you?

Jane: Well I like that ~puff, drag, puff~ I'm being all nature-like and sentimental and you rip into me for it.

Blanche: Oh heck. Look, I'm sorry Jane. ~pause~ I have an idea. Why don' t you come into the kitchen with me and help me with the chocolate chip cookies? It'll take your mind off the pretty tree.

Jane: F#ck You Blanche. Who do I look like- Suzie Homemaker. ~drag, puff, puff~

~she wheels back into the kitchen~

I've been noticing We are losing our identity as a country. It's the little things.


Radio stations calling themselves Kool and KICX and KX Country. US stations west of the Mississippi have call letters beginning with “K”. East of the river its “W”.
Cheque- as in writing one, spelled check. Guest check or to check off items on a list is check.
Cheque is something you get from your bank.
Colour is not color.

Programme is not program.
Labour Day is not Labor Day.
Neighbourhood is not neighborhood.
Theatre is not theater.
Not a through street is not "dead end". Duh...
A chesterfield is not a sofa or couch nor is pop a soda.
Thanksgiving is NOT about the Pilgrims just giving thanks and eating turkey and the
bounties of the land.


Black Friday is just Friday. Nothing else- except it’s like Boxing Day.
Economy is the seating area behind the blue curtain on a flight- not coach.


Zero is not Zee-Row. It’s Zeer- Oh.
Temperatures are in Degrees Celcius- not Fahrenheit.
Sliced bacon is just that sliced bacon. Canadian Bacon is something we do not have but we do have Peameal Bacon.
A washroom is like a bathroom- usually it's for public use but it's not a toilet.
We wipe our mouth after eating with a serviette- not a napkin.
A toboggan is not a sleigh. A sleigh has runners a toboggan does not.
We go outside- not outdoors.
I could go on eh, however, I'll leave it where it's at.