Have you ever had to replace someone?
By replace, I mean “fire”. Such a heavy word.
Well, I had to do just that the other day and it’s not a pleasant experience.
I remember having to do the deed a few years ago but it was nothing compared to this time.
I had hired someone to do a job for me.
I had great hope.
I was thrilled to work with this person.
Initially things were just fine.
Then, about a month ago in an e-mail, I had to remind this person that there was a job to do and if it seemed overwhelming now, just wait a few weeks- it would get more involved.
I had suggested the person in question could opt out of the job at hand.
The e-mail was misunderstood and I was blasted by return mail.
Never a good idea to send this type of message in an e-mail but this is how I correspond with this particular band of employees. I swiftly counter-acted by saying the message was misconstrued. It was simply an option- an open window, to opt out of the situation but we continued along with the job at hand.
Now, a few days ago I found my back up against the wall. This hiree was unavailable for work one evening. It was disappointing to the rest of the employees that they could not move fully forward and they all knew and understood the commitment required.
Ah.
The key word- commitment.
It was beginning to be an albatross around my neck.
So, the following morning with the sun shining brightly and the birds tweeting lightly, I had a conversation with an associate who advised me to end it with this person and the sooner the better. Seconds later the phone was ringing and a happy-go-lucky voice answered.
Fuck!
It was like I was firing Snow White! The voice on the other end of the line was bright, sweet, innocent and cheery.
God Damn it!
What I needed to hear coarse with an aggressive undertone of  non-benevolence.
I was screwed.
Nevertheless, I proceeded right to the point.
I am removing you…blah, blah, blah.
I am sorry.
I may have misjudged you.
Maybe it’s a lack of experience.
I know how you feel.
Maybe the workload is too much.
On and on I went till I had exhausted the points I wanted to make.
In return some aggression.
Fully expected and probably warranted. How can one make this seem like a delightful Afternoon Tea?
One cannot.
Pass the cucumber sandwiches anyway.
I suggested this was not the moment to burn bridges.
The person on the other end of the line wasn’t listening.
This was one of the problems I had been having from the beginning.
A lack of listening and taking direction as required. Not always but...
So, the conversation ended.
I knew this wasn’t the end.
There would be repercussions…and there were.
A few hours later, a letter had been drafted and sent to not only me but all those “employees” involved. It was from a person who felt hurt and betrayed and led down the garden path.
All valid points but the main point was missing.
I was accused of  having no faith in this employee.
Incorrect!
It wasn’t a question of “faith” in the person it was a question of “commitment”.
That was the problem. The employee was in deep water and although others were circling to keep the employee “alive”- they failed.
So, it was a difficult thing I had to do.
It was difficult for the employee to hear.
Question is, would I hire this person in the future? Before would have before the letter.
However, the letter stirred the pot. The contents- of which I have still not read although it was hinted at by others, involved not only me but other employees. I had said all I needed to say and could say earlier in the day.
So it’s done and that’s that. I hope you never had to do it.
I can still smell the smoke from the smoldering bridges.
Posted by Rob Reid at 9:19 AM

Sorry I haven’t written lately…
I sound like the old Auntie who only calls or sends a short note (does anyone send a short note anymore?) once or twice a year. No real excuse except for that old chestnut- I’ve been busy.
I have been.
Outdoor things like Gardening, bike-riding and just plain loafing.
Getting Sadie Flynn in order for the premier on the Gravenhurst Opera House stage at the end of August has been a trial at times. If you think that Attila the Hun was just a figment of historical imagination, let me tell you Attila lives! I’m not going into detail now- but YOW!
At a later date, I’ll tell you the entire story- like in late September…or maybe never. Some folks just shouldn’t get up in the morning and be around people- ever!
No, the reason for this blog is none of the above. You see, Auntie Rob was reading in the paper about a local lady who was involved in a car accident a few weeks ago. After recuperating at a Toronto Hospital- Sunnybrook, she is home and lucky to still be on this earth. The paper had interviewed her spouse. He tells the reporter that “as a Christian Man” he would be remiss not to thank God that his wife is on the mend. Sounds a little “Baptist-like” to me.
Now, this story hits home because it just so happens that Tom- my husband- and I have been going through a similar experience at this same Toronto Hospital- Sunnybrook, down there on Bayview Avenue in Toronto. Tom’s Dad- my Father-in-law, was admitted early Tuesday morning after falling in his apartment and lying on his bathroom floor for 13 hours until help arrived. “Dad” doesn’t really accept that title even though as next of kin I had to be there at the hospital earlier this week to meet doctors and specialists regarding his care. A “do not resuscitate” paper had to be signed- it was very emotional moment.
I am not sure why I got a little emotional, since this man has regarded me as a “gold digger” for most of the 28 years I have been partnered with his son- my legal husband. I told him he was legally my Father-in-law as he lay there in his hospital bed. My goodness, “the look” I got from him as a specialist stood next to his bed wondering if I was the “son”.
Nope the husband, I told her and have been for 28 years!
Anyhoo…
This hospital was fantastic! I spent a morning, afternoon and evening there this week and saw what these amazing people do and that included every staff member from custodial folks to the most experienced of nurses, doctors and specialists. It’s such a positive place- even with all the illness about. It is a hospital after all and one would expect to see people who are unwell for a variety of reasons.
So reading this newspaper story and thanking God irked me.
No mention of the Doctors and Nurses who looked after his wife.
No acknowledgment.
No thanks.
God did it all.
Thank you Jesus! 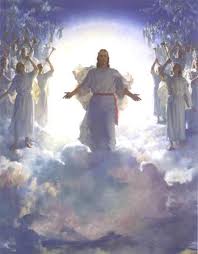 I got to thinking what if they had plopped this lady down on the front steps of Sunnybrook and let God take over. You know, swoop her up into his/her/its omnipresent bosom and make the bones mend and the bleeding stop. To read his account that is what happened.
Poppycock and balderdash!
Hocus-pocus!
Although, apparently no surgery was required, there had to be some input from the medial team at Sunnybrook or he might just as well have thrown her on a park bench down at Couchiching Beach Park and waited for a miracle.
I thought it unforgiveable that there was no mention of the help she really received in human form- not from some supernatural bit of jabberwocky from an all knowing, love-ya-to-bits being who resides up there in Heaven or as the Mormons believe at the very least- on his/her/its very own planet.
It’s all smoke and mirrors kids but if it turns your religious crank, who am I to argue? I don’t believe there’s a personal saviour who sits on some throne up there in the clouds just waiting to welcome me home after my last breath on earth.
Thus ended the lesson for today…
Hugs and a cheek tweak from your old “Auntie”.

Another Day on Bleeker Street

Blanche: So Jane Dear, did you have a good time down in the Village?
Jane: ~puff, puff~ Oh just hoppin’ Sister Dear! All those Fags with their big muscles!
Blanche: Yes Jane, there is a preponderance of muscle down there! ~laughs~ Jane…
Jane: ~drag, puff~ What d’ya want?
Blanche: Are you sure Jane Dear that it’s correct for you to use the word “Fag”?
Jane: Sure. Why not? It’s calling a spade a spade.
Blanche: I know Dear but maybe it’s fine for them to call each other by that…
Jane: What’chu getting at Blanche.
Blanche: Well, maybe having someone not of that “ilk” use that word is not correct.
Jane: Oh! ~puff, drag,puff~ I see what you’re meaning Blanche. I should be one to call one.
Blanche: That’s right Dear.
Jane: Well ~puff, puff~ meybe I am kinda “fag-like”.
Blanche: ~laughs gently~ Oh Jane Dear no. Now I know that is incorrect!
Jane: What?
Blanche: What I mean is you’d be a Dyke not a Fag. It’s a question of gender.
Jane: Really?
Doorbell rings. Jane answers. From the hall we hear voices and Jane enters with a handsome, hunk of a man, dressed only in shorts and a pair of white flip-flops.

Jane: C’mon in Randy- ya big Fag. Meet my sister Blanche! She’s not a fag- so she says…
Randy: Hey Blanche. Nice to meet ya. The old “Fag Hag” here and I are going out for a Beer.
Blanche: You are?
Jane: Yah! ~puff, puff~  Wanna come?
Blanche: Oh…I dunno..
Randy: C’mon Blanche. I’ll let you feel my left bicep. It’s really big!
Blanche: Yes, Dear. I can see that.
Jane: C’mon Blanche. You can be a “Hag” too. It’ll be fun. ~puff, puff~
Blanche: Oh I suppose…but I am in this chair you know.
Randy: No problem Blanche. Just hop onto my back and I’ll piggy you!
Blanche: Grab my purse Jane. I don’t want to keep this young Adonis waiting!
Jane: ~puff, drag, puff~ Now you’re talking!
They all giggle like a gaggle of schoolgirls as they leave through the front door and out onto Bleeker Street.