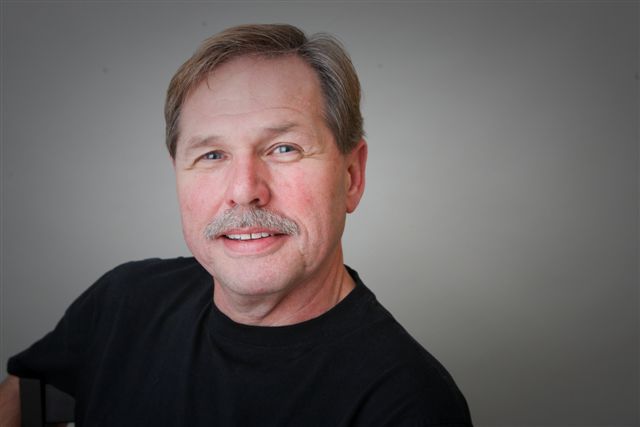 Dearest Reader,
Today I offer you a short story for your amusement and entertainment.

He loved the warmth of the sun after a very cold winter. He liked to listen to the birds sing. He enjoyed seeing the squirrels scamper around searching for their food.

On one an average Wednesday afternoon around 2 o'clock, Calvin decided to take a stroll through the park. He dressed in a light, green, polyester sweater over a white tee shirt and slipped into a pair of comfortable blue jeans. He laced up his best white running shoes, grabbed his Ray Ban sunglasses from the hall table and hurried out the door.

Calvin loved to walk in the park. He liked to throw coins in the fountain next to the Arbour Restaurant. He liked to see the tulip gardens in full bloom in every colour of the rainbow. Calvin especially liked to sit on his favourite park bench and watch people stroll past.

Not everyone strolled however.
Some jogged past.
Others ran quickly by.
Some were on bicycles, while others whizzed past on roller blades.

Calvin especially loved to see the handsome athletic men saunter by his bench.
Some in shorts.
Some in latex jogging pants
The men Calvin like best were those who passed by his bench wearing only jogging shorts and shoes- no tee shirts. Calvin had a strange fascination for shirtless men. He daydreamed that one would stop by his bench, sit down next to him and make small talk.

On this particular Wednesday afternoon at around 215 a man with solid biceps and sturdy calf muscles did just that.
He sat down next to Calvin wearing only black shorts and white flip flops.
His athletic chest was covered with a healthy patch of dark chest hair. 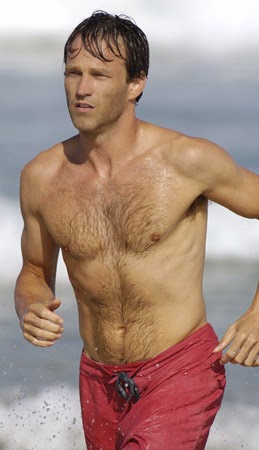 Calvin's heart skipped a beat. He began to wonder what it would be like taking this handsome, shirtless stranger home with him that afternoon.
His daydream began...

He imagined asking the stranger sitting next to him to accompany him to his home. When there, he'd encourage the athletic man to strip out of his shorts and flip flops. Calvin would then blindfold his visitor and direct him down the basement steps. Once there, he'd tie him up- gently, using belts and various sections of rope. He would delight in watching the man's biceps twist and groan while he tried to set himself free. He'd run his hands all over the stranger's chest and biceps, savouring every moment and muscle he felt.

As his daydream continued- suddenly and without warning, Jesus appeared out of the blue and chastised Calvin for his dirty daydreams. The Lord God then caused a huge maple tree- just to the left of the bench, to snap off at its base and crash to the ground, barely missing Calvin and his handsome bench mate. The bare chested stranger sitting next to him jumped clear of the falling tree and ran away as fast as his muscular legs would take him.

Jesus called the young man back but to no avail. Soon, the well-built stranger was only a dot on the blue horizon. Jesus looked back at Calvin, telling him in no uncertain terms that he would burn in the fires of Hell if he had daydreams about night things again- especially in a public place.

It would be a few months before Calvin would have the nerve to walk to the park again and sit on that bench while having one of his dirty little daydreams.
Posted by Rob Reid at 3:31 PM 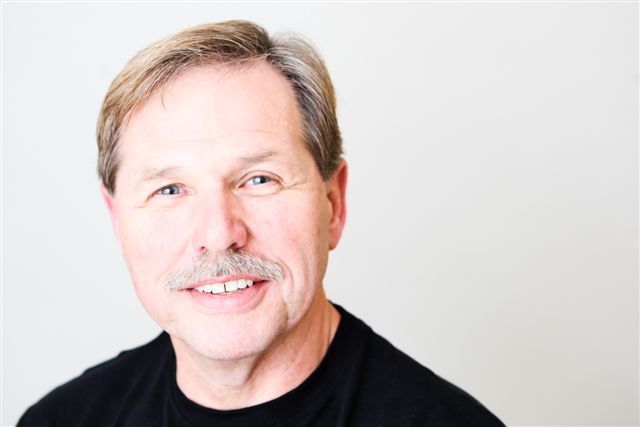 I'm just back from Honolulu, Hawaii.

This is where you feel jealous.
Very, very, jealous. Where you say things like-
"must be nice"
"Boy, I'd like to go there."
"Lucky you!"

I simply reply "sucks to be you if you haven't been there before".
I can't tell you how many times I've been to Hawaii. I have simply lost count. I can tell you 30 years ago I met my future husband on a flight to Honolulu and we returned a couple of weeks ago to celebrate those three decades of bliss.

The weather was excellent.
We had a great condo suite overlooking Honolulu Zoo, Kapiolani Park and the Pacific.

We sat on the beach,
We walked a lot.
Had breakfast and dinner out every day.
Watched the Kuhio Day Parade in honour of Prince Kuhio and simply marvelled at the
beautiful Polynesian Paradise that is Hawaii.

It's a long flight. Nine hours or so non-stop from Toronto. Longer if you fly to Vancouver to connect to a Vancouver-Honolulu flight. By the way, the flowers are all out in Vancouver. Here's a photo. 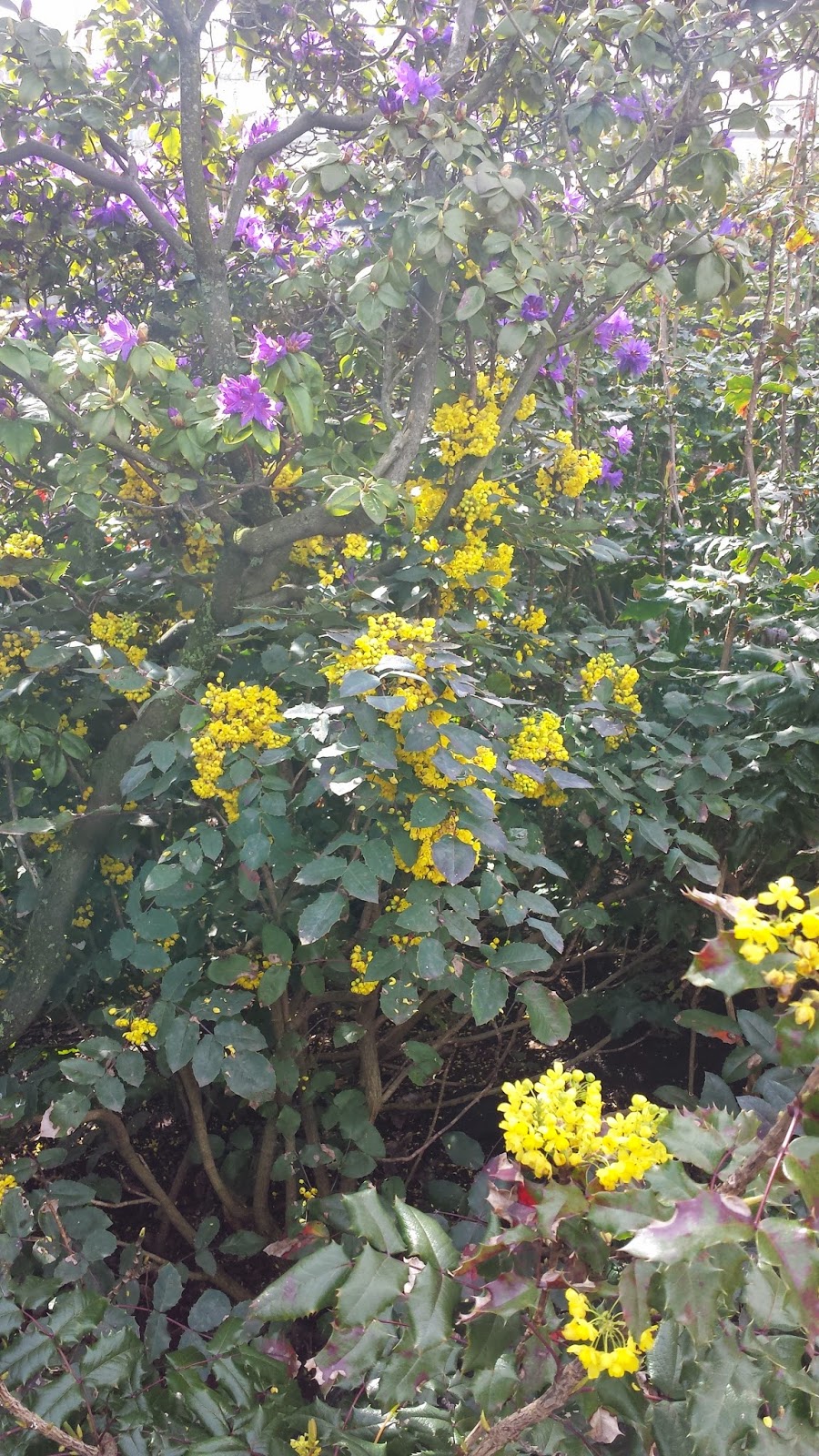 We didn't do a lot. We just enjoyed the warmth and shopped a little for tee shirts and Hawaiian shirt or two as well as some Kona coffee.

We even got to see a TV show being filmed- Hawaii Five-O.
Yup, we just sat on the beach and watched the production company work. The story- from what we could gather, was concerning a trolley bus that was hi-jacked by what appeared to be two Arabic looking fellas. One of the security guards told us that once again McGarrett and Danno save the world. That would be actors Alex O'Loughlin and Scott Caan. Grace Park was there too only we couldn't get a shot of her but here's a shot of Alex and Scott between takes just to the left of that tree. 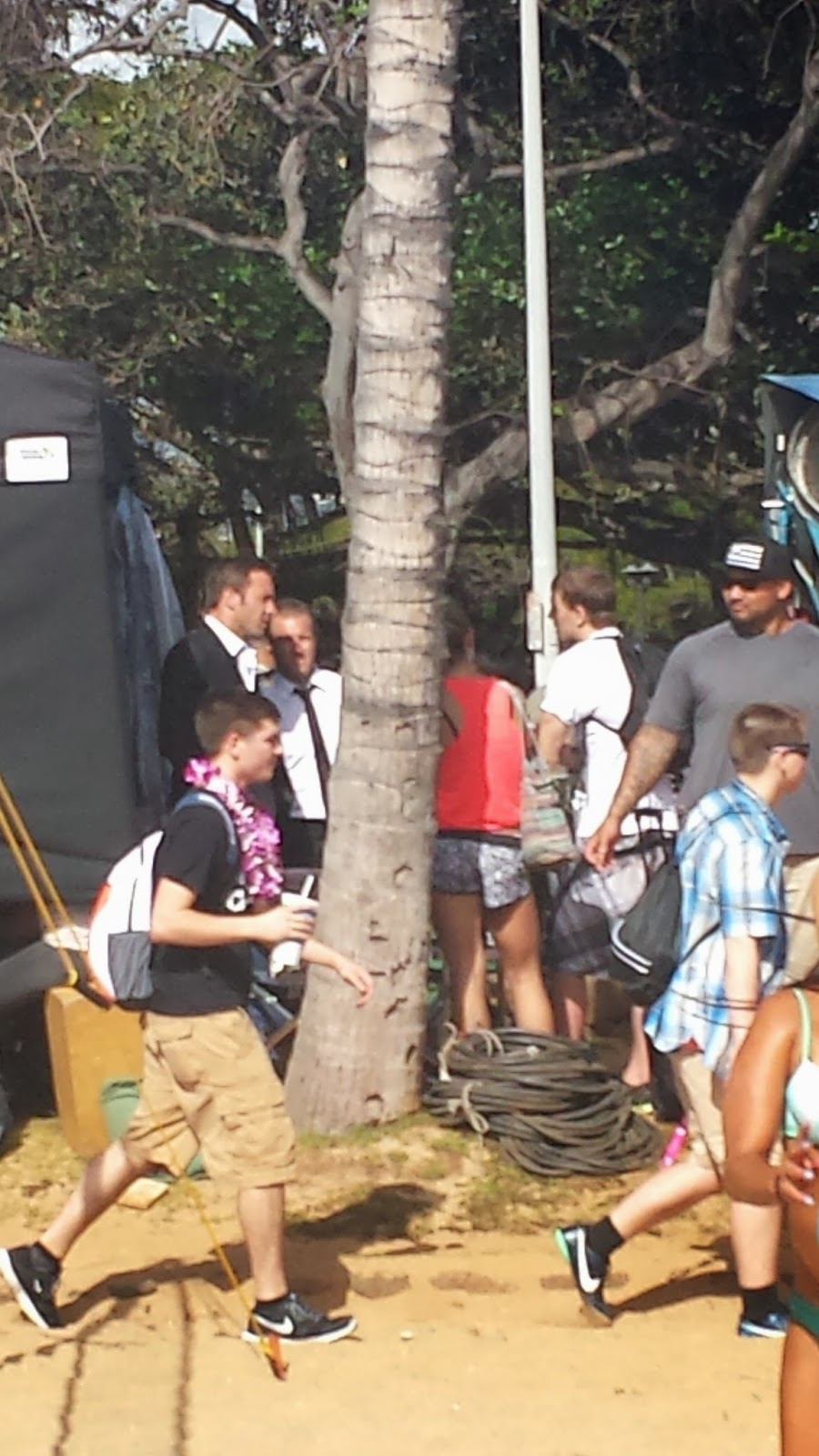 We did get to see the stunt doubles of all the actors- even the cars used in the series. Below is the blue Corvette Grace Park- as Kono, drives. The top photo taken from our Lanai also shows the black car that Alex and Scott drive. They were waiting for traffic to be cleared and filming to start. At least three or four takes for each scene. For the many hours over two days that the show filmed I would say it might be two, maybe three minutes of screen time. No wonder productions cost so much. 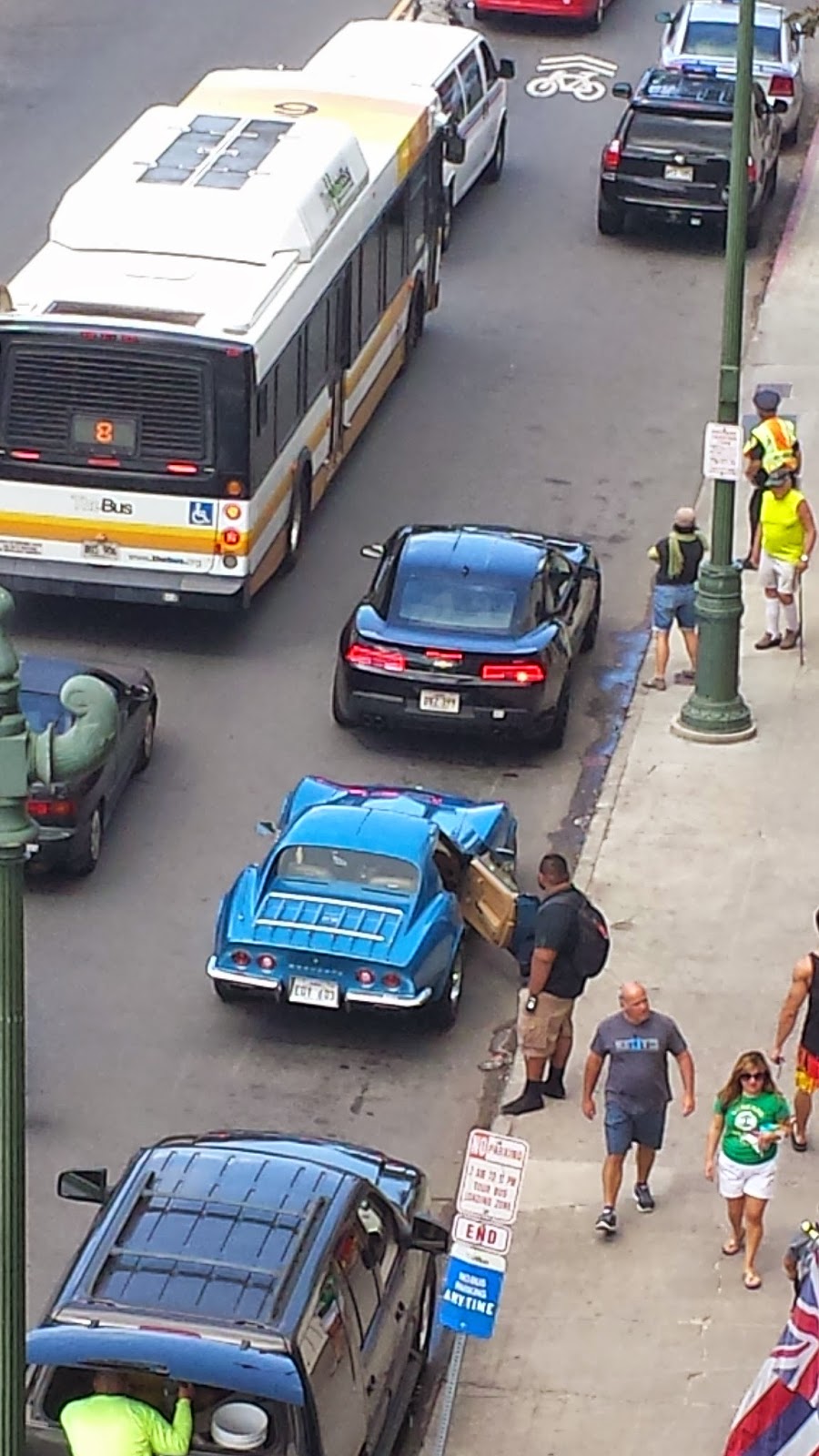 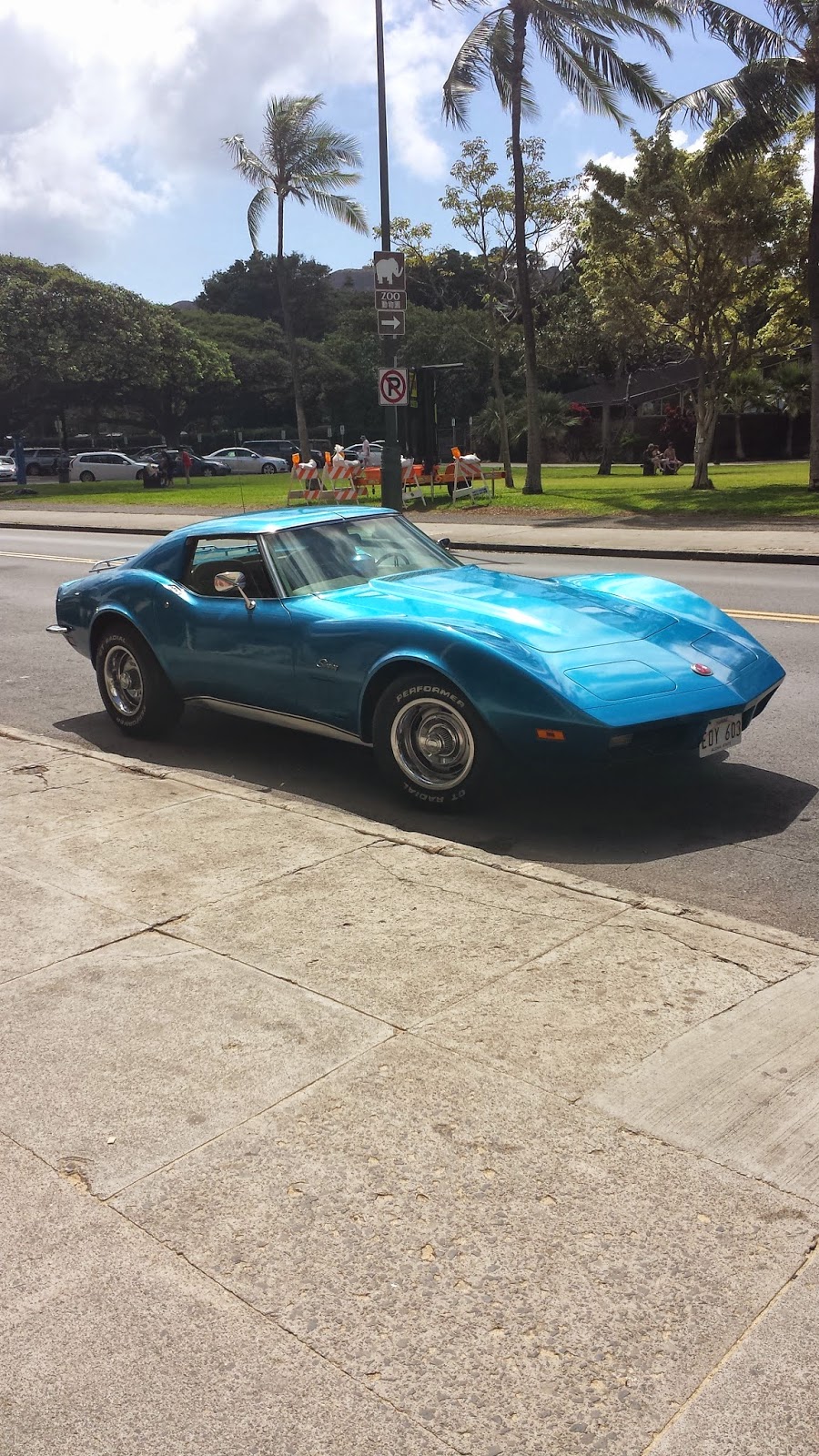 So there you have it.
A taste of Honolulu and Waikiki. One never knows what one might find and see there but it's all worth it.
Aloha!﻿
﻿

Happy Easter Everyone... and I mean that in the secular, non-religious way.

You know, Easter Bunnies, Easter Eggs, Colourful Easter Baskets. The way Easter was meant to be.
Maybe you buy a new shirt.
A new pair of pants.
A chic little, black, cocktail dress and a huge hat festooned with ribbons and pearls which you proudly wear while strolling down the avenue arm-in-arm with Fred Astaire.
Peeping, yellow Chicks and chocolate and sunny, spring days and more chocolate.

Then, there's the other less popular Easter Story that scares small children and adults half to death for the rest of their lives- when they buy into it.

That other less happy-go-lucky yarn concerns a youngish Jewish man who lives with 12 other men and a Hag called Mary. They skip around the Judean countryside in little more than rough, cottony shift dresses- cinched at the waste with rope, all the while charming all the little old ladies and men by turning water into wine.
THE best party trick of all! 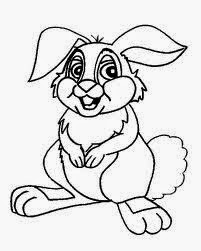 The story turns into a horror show however- like Carrie, with the young Jew nailed up to an tree of sorts by bad men who speak Latin but have indoor plumbing and slaves to cater to their every whim.

A gruesome death follows for the handsome- unmarried Jew. His parents- by the way, are sick about the fact their son is in his early thirties and not married. Even Aunt Sophie asks him every Christmas and Easter- "So, Jesus Christ do you have a girlfriend already?"

Back to the story...

A couple of days pass. The body rots and smells something terrific inside a tomb yet- miraculously, the stone covering the entrance rolls away and the young Jew rises up. He steps outside the tomb into the brilliant morning sunshine, sees his shadow and waits a few more weeks for Judean Spring to come.