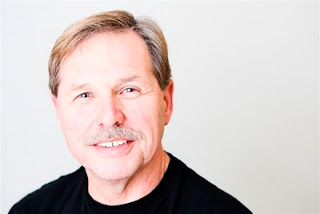 Today my children, we chat about something we all do- eventually.
Age.
Age is a number.
Age is a state of mind.
Age moves forward. We are aging at every second of the day.
Age sucks. Especially when you are getting along in years. A polite way to say "old".

Age is to be appreciated by some, however. The young person who wants to drive a car or drink-legally, for instance. The wish to be older to do things that laws prevent you from doing when you are younger.

I remember getting health insurance to fly to England a couple of years ago and I had to pay more because of my "age". On the other hand I can shop at Senior's Day at Zellers. However, I can't get a Senior's Coffee at McDonalds for free or shop when the seniors do at Shoppers Drug Mart and receive a percentage off my purchases- not yet at least.

When you get to the point where another "big birthday" is just around the corner, it makes you stop and think. This is the final go around for a few things- like a career change. Oh, not that I can do that since I am already retired.
Gee, that's an age thing, isn't it? Retiring. Not being wanted because of you age. It happens. My last few sojurns at terrestrial radio stations were thwarted by age. Oh they never said. I could hold nothing more than a "contract" or reduced hours position- probably because of my age. It would have helped had I been a woman. A person of colour or a minority. Actually, being Gay did put me in the minority but being Gay doesn't work in the same way as being a Native Canadian or a Muslim for instance.
I wonder why? We are fabulous at all we do and say.

No, at this point I won't be doing much new. Like opening my own terrestrial radio station. Operating a Net Radio Station will just have to do. And it does do.
I won't have the chance to open that amusing liitle antique shop or corner cafe with tables on the patio and sunny umbrellas shielding each table from the hot sun. Possible, just not likely.
I probably won't get the chance to travel to all the places I want to go. Time, money and health may barricade the way to those opportunities.

Then what can I do. What can you do?
Just be happy with where you are in life. Be glad and joyful when you wake up in the morning and are able to put two feet on the floor.
Be glad you have friends.
Be appreciative that you can still celebrate a birthday and if you really want to open that corner cafe or antique book shop- or run a radio station, give it a whirl.

It's amazing that the Catholic Church still gets away with "kiddie-diddling". It's amazing that Catholics can still hold their church in such high esteem and trust their leaders. Why doesn't God smite them down? Because  as the sign says- "There probably is no God. So relax and enjoy life!" It's a man-made fabrication to put fear into the hearts of many little people and it's worked for centuries.

Good Gawd that TV show "Spartacus" is obviously a show made for the hetrosexual man. I have never seen so many "puddy cats" winking at me in High Def as the "kitties" that are displayed in this show. Sure, there is the occasional flash of manly ass and hunk of "salami" but female "boobies" and "nether regions" abound. I use the fast forward button- a lot!

Remember we are to turn out the lights on Saturday Night at 8:30. It's Earth Hour. Make sure you don't leave your candles un-attended as you sit and twiddle in the dark. Maybe grab a few extra batteries for flash lights. No big wup. It's just an hour.
Posted by Rob Reid at 8:04 AM