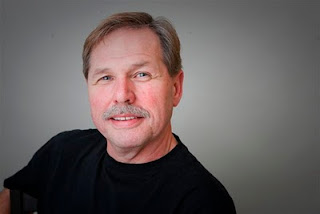 Ahhhh...Nothing like a day in the cool, crisp, clean mountain air.
Unless of course it's the Canadian Rockies just west of Lake Louise.
Our day started a bit earlier than the previous day.
We tried to get our act together sooner but there is a lot to do in Priscilla in the morning.

It was quite cool at the West Calgary RV Park where we stayed. We had the heater on and one element on the stove lit because we still can't get the &*&%$ furnace to ignite. Thanks again to Heidi's just south of Orillia for one more problem with this Dutchman RV!!!
Besides no heat, there are the dogs to look after.
A cat to feed. (at this juncture we have had no word on our beautiful missing orange tabby-Doyle, who we had to leave behind at a West Winnipeg KOA after he bolted from Priscilla last Friday. See a blog or two back.)
My Coffee has to be made.
Breakfast to be had.
Two showers to be taken and general tidying up.
Then, Tom has to disconnect the power cord. Unscrew the water hose and work "in the sewers" like Norton on the Honeymooners. He is doing a great job by the way, keeping our tanks clean and fresh.

The drive to Sicamous was about 5 and a half hours. There are photos below that are self-explanatory.

The mountains against the blue of the sky was breathtaking. We were gob-smacked!
A little past Lake Louise we started to smell the smoke of the devastating forest fires in central and northern BC. You could see and taste the smoke.

Eventually, the time slid back one hour and we found ourselves in our new "home" province of British Columbia. More smoke and at one point "Google"- on our mobiles, told us there was an active fire in the area. Lots of traffic heading on the TCH East. There had been an accident and eventually we caught up to the scene where a truck's load had slid off into a ditch. At least it wasn't over a
mountain side.

We stopped for gas once at Koho National Park.
Again, I say:
Keep your tank topped up if you ever travel west.

About 330 pm Pacific Time we arrived at Sicamous KOA and set up Priscilla, Tom did laundry.
I vacuumed Priscilla's rugs.
Set our chairs out and made us a couple of Caesars.

For the first time in a week we really relaxed- I mean really relaxed.
We put our feet up and just chatted.
We soaked in theunbelievable mountain views all around us.

As we relaxed, I texted, sent photos and answered some e-mails.
Received an e-mail or two as well. One, from Shelly at Hansen's telling us our Van was in New Westminster B.C. and that it would be loaded off the train in 24 to 48 hours.
That was good news!

Originally we were catching the ferry as soon as we arrived in Tswwassen but decided before we left Orillia that we would stay on mainland BC until the van was in our possession again.

We will have to spend Tuesday night- and maybe Wednesday on the mainland in an RV park at White Rock just east of Tswwassen. Tswwassen is where we'll catch the ferry to Nanaimo, then drive on the TCH 1 to an RV Park called "Country Maples" just south of Chemainus and about 10 minutes from our new house.

By the way we do have walls and a roof on our new house in West Duncan. We are keeping our fingers crossed that we take possession on September 29th.
By then we will have lived in Priscilla for 7 weeks!
Yikes!

And on that note "Goodnight" and I'll "blog" you again tomorrow- if time allows.
It will take us about 5 and 1/2 hours to drive to the Tswwassen area.
Piece of cake!

Finally, please continue to send your positive thoughts our way and to our boy Doyle.
He's lost in the woods next to the Assinaboine River in Winnipeg West KOA. Send strength to Kevin who is trying to encourage him to return.
We sure would like to have him a part of this move as well as our family.
Miss you soooo much Doyle.
Come back to your Dads.