It’s getting to the point where I can tell right away.


I know if people in front of us, beside us or behind us are going to talk during a show. The most recent occurrence was during “Wicked” at Toronto’s Canon Theatre. This is the third time we have seen the show since the “Wicked Tour” began coming to the Canon five or six years ago.

I said to Tom before the show started- “These four gals behind us are going to be talkers!”
I was right.

The first Act was fairly quiet.
They chatted about the map of The Land of OZ that hung on the stage before the show started. Some of the questions were a giveaway.

“Why does the yellow brick road go in so many directions?”

During the first Act there was a comment here and there during the applause etc. No harm in that.
Then, along comes the intermission.
Before the lights came up, all four of them were on the phone talking- or texting. These were not young teens. These are older ladies that just needed to chat with someone to be able to tell them they were at the theatre.

Then the second Act.
I think they were becoming bored.
They couldn’t follow the story.
They needed to amuse themselves at the expense of those around us.
Partway into Act Two the questions started.

“But I thought he died!”

The voices were becoming so elevated, that being seven rows from the stage, I couldn’t hear what the actors- on stage, were saying. So I turned around, cleared my throat and glared.
That stopped it dead and I heard nothing more.
These were 120 dollars seats. Obviously a husband- or someone, had bought these tickets for them.
Maybe they were winners of a contest.
Whatever it was, it didn’t seem to matter that we had paid 120 bucks or that they had as well.

Why come if you can’t concentrate and follow the story? Yet- they could concentrate on their texting and phone calls. On another matter, one of them had such potent perfume on that my eyes watered, I sneezed and my sinuses stuffed up.
Charming.
Try blowing your nose seven rows from the front while being discreet.

Just before this quartette of gals- who thought they were at home in their basement recreation rooms watching those two Gay Boys talk about the colour of one’s urine on CBC afternoon television, there was another disruption.
This was a doozey.
It was an argument. Two male voices just a few rows ahead of us and to the right.
It started with a couple of loud thumps. The voices became so loud that the Musical Director who was within our sight just ahead of us, turned to see what was happening. Even actor Mariand Torres who played the role of Elphaba- the green-faced witch of the West, pause for a second. You could tell by the look on her face that she could hear the commotion too. It settled down after 30 seconds or so, probably through a terse word or two by an usher.

Rule: If you aren’t going to respect those around you in a theatre- stay home and eat popcorn, drink beer and pull your thong underwear out of the crack of your ass in private. Douse yourself in perfume too.
Nobody cares what you do in your own home. This was quite a change from Priscillia- The Musical that we saw at the Princess of Wales on Sunday, where there was no obnoxious perfume- or talking.
Just thought I had to share. Believe me, as an actor onstage- even though you keep the show moving along, you can hear people chatting in the audience. You have to try not to let it bother you but after all that “fourth wall” isn’t soundproof! 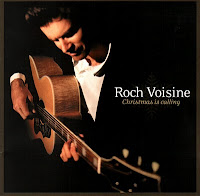 Once again, one of the best shows ever at the Casino Rama Entertainment Centre! Roch wowed the audience with his clear, beautiful vocals backed by a 7 member band.
This handsome Canadian Star with movie idol looks featured his new CD “Americana” in this show. Guess he wants to break into the American Market and as usual- as Canadians, we have to kiss Yankee Butt.
Oh Well.
He still featured hits like Helene, Kissing Rain and I’ll Always be There- his encore.
The CD is number one in Canada this week after just 5 weeks of release.
That’s great! He deserves it.
Listen for cuts on Swisssh Radio.