I knew this was going to be a bad day when I woke up to the sound of alarms beeping telling me power was out. That was about 8 a.m.
Power came on about 920 and then the fun started.
When power goes out some programmes on Swisssh Radio shut down completely. I have to click and fiddle and click some more to remember how to get the station back on air. It finally worked after 10 but I still had to do a bit more fiddling to get my production computer up and running.
Don't know what caused the outage. Nothing on the Packet Online and don't even ask me if I listened to a local station. What station is "local" in Orillia. Since there's no real "News Department" at Swisssh Radio I couldn't tell myself what was up either!!

Ugly Betty finished it's four year run last night. Except for annoying, repetitive tire commercials on the Vancouver station I was watching, it was a delight! I really thought another company would pick up this breezy and bright show and continue the story lines. I'll miss all the characters. I loved the end credits.
First, in bright red font the words- "UGLY BETTY" appeared.
In a few seconds the "UGLY" disappeared and the screen just simply said- "BETTY".
That said it all. How clever!
From cocoon to a beautiful butterfly. In just four years- a young girl grows into a vibrant, worldly woman.
Good job.

I finally got around to writing "thanks you's" for all those friends who sent notes of sympathy and support when Luma- our orange tabby, died on February 26th. I kept putting it off because of the emotions that would well up within me while writing the notes. Tears flowed. We really, really miss her and if I could Luma, I would love to hug you just once more. However, I know once more would never be enough.

Good Gosh, volcanic ash from Iceland's erupting volcanoes have stopped fllights into and out of Britain and several other European countries. That has seldom happened. Once in the 50's and again after the Twin Towers tragedy that grounded flights around the world. Apparently particles floating in the smoke can disrupt the engines of aircraft flying through it. Better to be safe and wait it out. Authorities say it could take days or longer.

What is up with the Packet's Swartzie? I am not reviewing another writer here on this blog. Gawd knows it's hard enough to sit down at this keyboard day after day and write something but John- C'mon, what was that Thursday column all about? I haven't read Saturday's story on the current MAT production but I have heard several complaints. 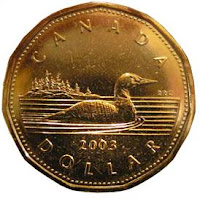 So, the Canadian Dollar- our Loonie, is above par. At least it was at Wednesday's close. I was looking at a US site for Internet Radios yesterday and it posted both American and Canadian prices. In all cases the Canuk prices were cheaper. Apparently, the buck will surge above the greenback in coming weeks and stay there for a time. If it wasn't for tax laws in Florida I would love to purchase a Florida property- even a modular home in a well-kept park.

Finally, after it was cleaned up a few weeks ago, all the garbage is back at that blasted skate park near Schacter's Junk Yard. It looks like hell!
Time to close that place down or start laying littering charges.
The kids don't repect the grounds so they should lose the turf.