So, here’s the City of Orillia Municipal election results as I see them.

He’s not ugly. He’s not old. He has nice olive skin and a good set of teeth.
He has his hair.
He also wears nice ties. (though not in this picture)
What’s not to like?
What more can an Orillian want?
Ok. I'm shallow. So what? 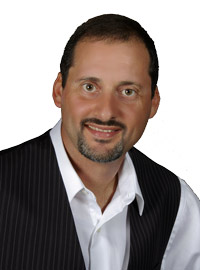 Hurrah! Finally, Andrew Hill is in government and the fact that he is an NDP’er and a former Catholic didn’t seem to make one hoot of difference. He knocked on a lot of doors and it paid off…and he didn’t even have to read Leviticus to win!

Tony also knocked on a lot of doors- including ours. I had made up my mind about him early on because of a certain “turn of phrase” on his website. I questioned him about it and he changed my mind. He was forthright, empathetic and sensitive. He also supported Arts and Culture and his sons don’t even play hockey.
In Orillia??
Blasphemy!
Who would have thought…

Well cute wins! I worked with Michael on the Dickens Christmas Show last year for Couchiching Jubilee House. He did the job. Listened to what I said as a Director and he was prepared. He doesn’t reside in my ward but I have e-mailed him a time or two back in “Pride” days. Did I mention he was cute- and married?
Ok. So, I'm shallow. So what?

I am so happy Don is on council. He’s a retired lawyer with a great, warm sense of humour. Gee Sarah- you’re a Councillor’s spouse now. Top Lady of Ward 1. So, when’s the first afternoon Tea and Garden party? Wait, Don has to have time to come up with some “new” jokes first.

Linda Murray
…and Orillia blazes a trail into the future once again.
Who would have believed it- a female of the species on Orillia City Council. We have had Lady Mayors like- Isabelle Post who cut a lot of ribbons at supermarket openings and Pat McIssac too. I didn’t live here when Mayor McIssac was at the helm. There have been others- but the “old boys club” beat them all down.

Patrick Kehoe
First Nations background and I hear a hell of a nice guy.

Pete Bowen
I think I met you Pete once or twice- somewhere, somehow. Nice moustache- right? Gee maybe you can hire Wayne to cut your lawn next summer. He’ll need something to do.

So that’s the Municipal Election as I see it.
In Orillia we wanted and needed change. Now, maybe we’ll see West Street South re-organized with a new plan. Maybe our glorious waterfront will be glorious with eyesores like the junkyard and the skateboarding place junked- or not junked in the case of the junkyard. I say build a waterfront Tim Horton’s. I mean what City has a Tim’s on the waterfront?

As for those that didn’t win? That’s called the democratic process and hey, you can always try again next time- except maybe for…Well I shouldn’t really say.