Merry Christmas
We went to the Big City on the weekend to see Mary and Zelda.
Mary as in Mary Poppins The Musical at the Princess of Wales Theatre and Zelda as in Zelda’s- one of our favourite “Gay” Restaurants.
Mary Poppins was a true delight. Colourful costumes. Memorable songs with terrific dancing and sets. Mary gets an A for the productions. Many Canadians were in the cast too. A nice change from an All-American Casting. If you want to see Mary before she grabs her umbrella and flies away, you’ll have to do it before December 31st.


Zelda’s has terrific food! The restaurant used to be on Church Street in the Heart of the Gay Village but she moved to Yonge Street- at Isabella, a couple of years ago and she hasn’t looked back. Affable servers who are always in a good mood- even when they’re “bitchy” and fabulous, freshly prepared food and desserts. Zelda’s martini’s have a it of a bit too. I had the Zelda’s ‘Bitch Slap’. Proud Mary (a Gay term for a Gay man) was a close second.
Tom and I shopped in a favourite village store first before walking over a block to Yonge Street and Zelda’s. I was able to sneak in a small gift for Tom as well as buying my “Manly Man” Colt calendar for 2012. The calendar I usually buy was out of stock- and no wonder- WOOF! I substituted another-still Colt Men, not the same but it’ll have to do unless I get down to the city again or order online. At this point in my life, if you’ve seen one naked man on a calendar, you’ve seen them all.
Ummmmmmm.
Wait.
That’s not exactly true.
Many men differ- if you get my drift but basically the parts are all in the same place and are strikingly similar in appearance. Yes Dear Readers, “they”- by that I mean dicks, do come in all shapes and sizes!
So it was a nice afternoon.
Driving home we drove along Church Street to Davenport Road and cut across to Avenue Road. It was a fairly quick drive north on Avenue Road but as we neared Lawrence Avenue, there was a slowdown. We could see flashing lights in the distance.
“It’ll be a R.I.D.E. Check I said to Tom.”
He was driving because I had sampled a Zelda’s Martini as I said earlier. He was the “DD”.
No worries here.
So eventually we got to the front of the line of vehicles and Tom rolled the driver’s side window down as the Officer approached.
“Hello, Sir. How are you his evening? Have you had anything to drink?”
“No.”- says Tom, “I am the Designated Driver”.
The Officer looked to me in the driver’s seat and asked if I had been drinking.
“Yes sir, one Martini!” I held one finger aloft.
“If he’s the designated Driver, I would have had more than one!”-said the officer!
Would you like to try a test anyway?
“A Test?”. For what I wondered.
“A test to see where you would be alcohol in your blood-wise. You aren’t driving, so you don’t have to said the polite officer.
“No. I think I’ll pass. We have to drive all the way home to Orillia and we’re running a bit late. We have R.I.D.E. programmes in Orillia, so maybe I’ll try one there sometime.”
“You have R.I.D.E. Programmes is Orillia?” He seemed surprised.
“Yes, always at this time of the year especially.” I added. Good Gosh, how far in the “redneck boonies” does he think we live?
He wished us a good evening. Tom thanked him for being out on a cool night doing what he and the other officers were doing. We both said “Merry Christmas”!
We drove along Avenue Road towards the 401.
“You know, that was strange that he asked to try a test- just for fun and for my own information.”- I said to Tom as he took the ramp to the right and 401 West. “Something tells me that once they have you do that you are in the “system”.
To what purpose I don’t know but I was glad I passed on the nice policeman’s kind Holiday offer to blow up a balloon or two. Maybe that’s when they check registration, driver’s licence, personal ID and maybe that’s when they come upon the occasional bank robber or lapsed Catholic.
I dunno.
The rest of the drive home to Orillia was uneventful.
Clear roads.
No snow- except around Barrie and
No more R.I.D.E. programmes.
Orillia had already rolled up the streets by the time we hit the West Street Exit about 9:30 PM.
Home Sweet “redneck boonie” home! 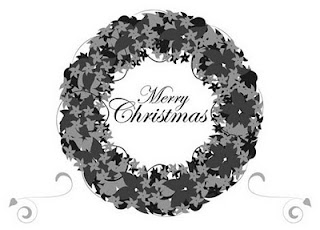