Jesus Christ in a Manager scene!


The Christians are pissed off at Captain Jack Sparrow.
It seems Sparrow’s real life nemesis has recorded a Christmas Song.
Maybe I should say a “Holiday” song. He teamed up with a bunch of British wankers- a group called “Babybird”, to record  a little holiday number simply called “The Jesus Stag Night Club”.
Its lyrics apparently tell the macabre story of a figure- alluding to be Mr. Christ, having a few drinkie-poos at a strip club. It doesn’t say if it’s a strip club will naked boobies or dickies.
The latter I hope.
I mean, I have always maintained that Jesus was fruity what with hanging around with those 12 sandal-clad boys and a Fag Hag Mary Magdalene, all those years!
A few lines go like this:
"Saw a man in a bar with his hair like a lady.
Bloody thorns round his ear like he was a crazy.
He had holes in his hands and a cross for a spine.
Crushed a berry in his Perrier and called it wine."
Ewwwww!
Not exactly Frosty the Snowperson or What Chide is This? 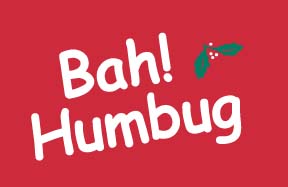 Now, this song has caught the ears of a religious group and their “Focus on Family” campaign. Why these Christians are listening to such a group is beyond me. After all, I am sure the group “Babybird” doesn’t spend its days sorting through Christian Rock songs- which I find disturbing, attempting to find a religious ditty that disgusts them.


Good Lord, isn’t there a movie showing in theatres right now that they can picket because of questionable content? Isn’t Jake Gyllenhall showing his tight, little naked ass in another movie this Christmas Season? Isn’t Ryan Gosling displaying his perfect, picturesque stomach muscles in 3D along with God only knows what else?
Surely that is wrong.
It sounds pretty Gay to me too.
Not wrong.
Just Gay.
Nothing wrong with that these days.


Anyhow without putting words into a Christian’s mouth- we all know only Jesus and God the Father can do that, a learned spokesperson says in a Christian Media release-
"We are sickened by Mr. Depp's behaviour. Why did he need to record this song? It is a slap in the face to Christians all over the world."
Lee Douglas a member of The Christian Coalition adds fuel to the fires of Holy old Hell by adding-
"I'm sure he (Jack Sparrow/Johnny Depp) thinks he's being very funny but he's simply a disgrace. One day, Johnny Depp and his cronies will face the judgment of our Lord and they will burn in hell for this filth."
Hmmm. Betcha a cookie to a crucifix, this fellah has never even heard a note- let alone a lyric, of the song. Of course, when have Christians ever looked before they’ve leaped- except when it’s a question of faith. You see, faith is a very powerful tool, that not even a Mr.Clean sponge can wipe clean. Once the bee sting of organized religion has stung you, you are a lost soul to those of us who once considered you apart of the human race.


Surely the pious can look elsewhere this holiday season. I mean young people are taking their lives left and right from being bullied. Far Eastern Women are being stoned and in our own country, young women have been drowned all in the name of religion and God.
Cripes take a swipe at Rosie O’Donnell. She’s out there!
She’s marrying a woman- again.
It’s Mary and Joseph you know, Rosie.
Not Mary and Karey!
Still, it’s all over the news.
Actually, why is that even making news anymore? 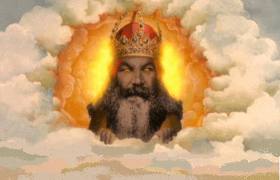 But the bigger news is that NASA may have discovered another planet- like earth, that has an average temperature of 22 degrees celsius and has water and land. Heck, maybe even a Tim Horton’s on every corner.
Imagine if another planet like earth was found?
There goes religion.
I’m not sure that the Bible even mentions “life” on other planets- unless of course you’re talking Mormanisim- one of my favourite “isims”. They believe that God lives on one planet while Jesus has a globe of his own too. How did the rest of the Christian religions miss that one? I don’t see any Family Coalition being upset at that preposterous bit of clap trap.

The final word or words I suppose, goes to Babybird frontman Stephen Jones during this joyous Holiday Season. Stephen has brushed off the controversy regarding their Christmas song and Johnny Depp by saying-
"Some people have no sense of humour."
In a recent interview Stephen Jones also said:
“I was in a hotel room last year and in the bedside drawer was the Book of Mormon. But the second 'M' had been scraped off, so that immediately got my interest, and once I delved in, the lyrics for 'Jesus Stag Night' just flowed out of me as though the Lord himself had touched me in my secret place.
Then, on his Twitter account Jones tweeted:
“Christians go to Heaven. Sinners go to Hell. This is their message of Peace. Oh yes and Gays can F*** Off too. It’s a beautiful world Jesus!”
If you want to hear the song, it’s on You Tube.
Go Fish.
Happy Holidays!
Posted by Rob Reid at 9:21 PM