Hold the Holiday Phone!
The Pope is telling the world that’s it’s going to be a difficult Christmas- what with the poor economy and everything. Geeze, thanks Pope.
For a man who is supposed to be connected to the “Big Guy” he’s not too smart or he just doesn’t have a direct line. I am sure that god would tell him to sell off some of the riches of his church and provide for the flock not only at Christmas but all year through.
Christ in a Creche!

﻿
Shouldn’t this shepherd of the Catholic flock who is the leader of the only true church and religion on this planet- according to Catholic Dogma, be content to live in a shack in the woods? One would think.
When we were in Paris- up at Sacre Coeur,  a monk walked by us as we approached the historic church building.
He was wearing sandals.
His feet were bare.
The old brown robe he was wearing was cinched around the centre with a braided rope. He covered his bare head with the hood of his garment as he passed by us in the street.
I watched him walk along- alone. A half dozen tourists- such as ourselves, turned intently as he ambled along. It was as if it was 1100. He walked along and turned up a side street and disappeared. Now there’s a man who is just into his faith, not the expensive, robes, ermine, gold crystal and Prada Shoes of the Head Father of the Flock, this representative of Christ on Earth,
It’s all Poppycock and Hogwash anyway.
Simply, religious scare tactics to make sheepish Christians bow down and praise their station in life and his too.
I was listening to a radio programme last week. A man of religion was being interviewed. He was being frank with both his interviewer and the radio audience. He had lived the bible and Jesus for these past 30 years. Now he was questioning religion. He made some interesting points.
He said, the “certainty” crowd (the ones that believe every little tidbit offered to them from the pulpit or bible study) even irritates most religious types. In other words be religious but not quite so religious as it takes all the fun away.
Doubt is compatible with faith.
You have faith.
You have doubt.
You proclaim to have “faith” because you really have doubt- or are afraid.
Lastly he said religion is “tribal conditioning”.
Bingo!
Religion is a tribe and either you’re with the “tribe” or you’re not. If you’re not, the “tribe” has little time for you. Oh, they pretend they do. They smile and nod at you. They pretend nothing has changed but everything has changed. The church is first in their mindset now. 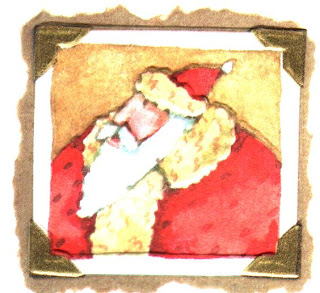 Can you celebrate the season and not bow down to an all-powerful god?
Yes, of course you  can.
The Christmas Story for instance can be celebrated simply as a legend. A legend of love. A secular Christmas celebrates Joy and Love and Peace and even Santa Claus who demonstrates love, goodness and giving- not a God.
It may not be a prayer in the religious sense but recently I heard a wish- a statement of Love if you will. It was a wish that can be made in the form of an offering to humanity- not god. Upon hearing these words for the first time, my emotions flowed.
“May justice, kindness and Peace flow from my heart, forever.”
So, apparently we all will have to cut back on our spending this Holiday Season. Oh, that’s not to say your “Christmas Envelope” to your tribe shouldn’t be just as generous, it just means when you do your Christmas Shopping, buy socks at the dollar store and not The Bay.
Posted by Rob Reid at 9:27 PM