Is it really too early to be in the Christmas Spirit? The Toyland Departments are open in all the major stores. Parades are in abundance. Trees are decorated, presents are being bought and there are even sleigh bells in the air.
There was a time when people didn’t even think of Christmas until well into December.
Oh,deary me.
Am I wrong to think this way? 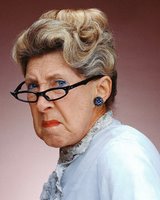 My Dearest Santa,
I understand how you must feel. As if you weren’t already busy enough in December all these years, now most of the month of November is part of the “hustle-bustle” of the Holiday Season too. It has be tough on your nerves and your jolly “Ho Ho Ho’s”.

I guess the plain and simple answer is Santa- it’s beyond your control. Have you spoken with Jesus lately, just to see how he feels? No, probably not. I know, there has always been a bit of a rivalry between you two down through the decades. That’s too bad, because you both only want Peace and Happiness for the human race. Although, when we really look up close we both know that Jesus thrives and survives on having his name praised a little too often. Then, there’s his ongoing threat of a life in “eternal Hell” (should Hell be capitalized??) if you don’t follow his teachings. Now, that’s hardly a way to win friends and influence others- if you ask me.

In today’s world Santa, it happens to be big business that rules our good, green earth- from what I can see. Seasons overlap.
They never used to when I was a child.
I’m not talking about the weather outside either.
I’m talking goods and services.
For instance summer clothes have to be bought in mid-February if you expect to purchase a decent pair of shorts or swimsuit for the warm weather. Harvest décor appears in stores in August. Everything is “topsy-turvey” to say the least.

I guess you just have to suck it up. Money is at the root of the early arrival of Christmas. It’s a good thing you have so many helpers who willingly stand in for you in a pinch.No one seems to know when it’s really you or whether it’s a reasonable facsimile.

I think in a way it gives us all the opportunity to spread Peace and Goodwill for longer than just a week or two- the way it used to be when I was growing up. Maybe we see a few more smiles. Hear a bit more laughter. Maybe the latter part of November doesn’t appear to be so dull and dreary like it used to feel.

Look on the positive side. We go for 10 months not hearing songs such as Jingle Bells, Santa Claus is Coming to Town or even White Christmas. I mean just how long can “Our Hearts Go On” with Celine Dion. It gives us a rest for a few weeks.

I hope this helps you Santa and I look forward to you dropping by on December 24th.
Take care. Drink your milk and just have the occasional cookie or two.
Say hi to the reindeer, won’t you?

Your friend always,
Virginia.
Posted by Rob Reid at 2:58 PM