If I hear it one more time I am going to spit fireballs!


Or throw up!
Or both!
In the summer of 2009, right here, in the City of Orillia-  There was summer theatre!
I know because I was in one of the four shows for 7 weeks- 6 shows a week.

I don’t know where this hogwash started. What hogwash. What absolute crap!
They says that this “Laugh Out Loud”out-of-town troupe has brought “local summer theatre” back to Orillia?

That one of the actors- Debbie Collins by name, was quoted in the season brochure as saying she is happy to bring “quality” theatre back to Orillia? How does that make local actors and stage crew feel to hear her say that? It makes me mad and I know many others who feel the same way. How does Mariposa Arts Theatre feel. One of their board of directors sent out a mass e-mail saying:

“Mariposa Arts Theatre will be hosting 2 workshops led by the fabulous Dave Campbell and Tim Webb (of "Laugh Out Loud Productions") the group that brought summer theatre back to Orillia.

I am looking for the summer 2009 brochure for “Sunshine City Theatre”. I know I have it packed away with my M*A*S*H 6000 script and pictures.
I remember going for the M*A*S*H 6000 audition in July in front of:
Sandi Atkinson- the Director
Mary Lou Kempton- The Producer
and
Jo Anne Debreczeni- Stage Manager & Costumes.

I distinctly remember getting a call back, then reading with other cast members and talking about “money”.
That’s correct. It was a professional show and we got paid. It wasn’t “Equity” but neither were 2 of the 4 productions this past summer at the O.H. 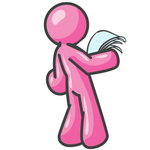 I remember working hard singing, dancing and memorizing dialogue for 7 days. I remember the audiences at the Stubley- most of them full with up to 100 theatre-goers. I remember too that maybe- maybe, 6 MAT members came to the M*A*SH Show. Of course, there are those in other theatres companies like MAT that just don’t support other theatrical offerings from other companies too.

During the run at the Stubley, there were days when I was getting into makeup that I watched two and three busloads of theatre-goers pull up to the auditorium to allow passengers to disembark.
I was happily surprised.

Knickers opened the season. I thought was funny and very well done!
The two middle shows were performed at the Studio Theatre at the Opera House.
There must be some kind of a record that could jog a few memories.

I know that the company handed a “hefty” cheque to the backer(s) at season end and they didn’t ask for 42,000 dollars either.

So please, quit telling us that this theatre company that was given 42,000 dollars by City Council a few weeks ago is akin to “Christ returning to earth and performing once again atop the Mount of Olives!”
It’s not.
Quit telling us they are local.
They are not- except for the fact that they perform at the Opera House.
No one in the company actually lives in the City Of Orillia- not even the Stage Manager who just happens to be the President of Mariposa Arts Theatre.

Others are from Barrie and Gravenhurst- I’m told, like the set designer and a Director.
So please, stop telling us these folks are giving us back what we had.
It never left- although theatre did leave the huge Lightfoot Auditorium but then, others did as well- like Gordon Lightfoot and Rita MacNeil.

Perhaps one day soon, some other theatrical company will set up shop in Orillia- away from the confines of municipal buildings and such hogwash. I am disappointed to say the least- like the time that Bruce Stanton our local MP voted to re-open the Same Sex Marriage debate.
I know.
Another story for another Blogday.

I leave you with this to mull over:

“All theatre is good for all theatre”- author unknown.

That makes it alright I suppose…