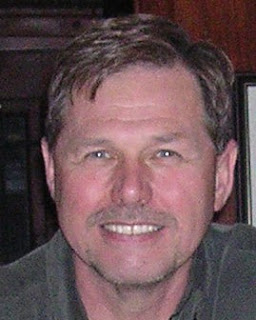 So what do you think?
Should I change?
Should I become a much kinder, gentler me?
Talking to friends the other day over a martini or two, I was wondering if writing these blogs of mine was simply a form of bullying- especially when it’s religion-related.
I mean the religious fanatics and light-weights can’t help themselves it would seem.
They cling to Jesus for their salvation.

They worry more about their impending death than enjoying every minute, day-to-day on this earth of ours.
Just step back a couple of blogs and read the blog on the JW’s. By JW, I refer to those Jehovah Witnesses that cross our doorsteps from time to time. I am sure on a one to one and away from their need to capture us and enrapture us for their ultimate glorification in Heaven, that they are a swell bunch of people who shop at Wal*Mart and enjoy a sunny day like the rest of us. Read the response from one Member of the Kingdom Hall and how it appears they feel they have the right to bother us on a regular basis- apparently not trying to grab our soul for Jesus at all but merely stopping by our doorsteps to see if we are doing okay.
How nice!
Why haven’t agnostics and atheists and used car salesmen adopted the same tactics?
It doesn’t cost a thing to bang on someone’s door, inconveniencing the homeowner as they stand at the kitchen sink peeling carrots in their underwear.
What?
You mean you have never peeled carrots in your underwear?
My Dears- as Dame Clare would say, you have not lived!
In answer to the question- are we doing Okay- we are doing just fine thank you.

However, even when our JW friends are told- in no uncertain terms, to “piss off”, they still feel the need to return in six months or so, just in case we have changed our mind.
Hence, the mad, merry-go-round of consistently knocking on doors and ringing our bells.
Now, I hope that wasn’t over the top. What I just said. I hope nobody felt bullied simply because I made a comment based on religious predication. I don’t mean to imply that they should get a life. No, if I were to imply that, I would have to add most members of the Conservative Party of Canada, rednecks (pretty much the same as Conservatives), skateboarders, irresponsible pet owners and those companies that film irritating Tampax commercials.
So let me just say, you won’t hear me dissing religion anymore.
What?
Over those martinis that I mentioned earlier on in this blog, I was reminded by a friend that there are a lot of crazies...ummmm, I mean people like you and me, who would happily look me up and throw eggs on my front door.
Oh. Wait!
That’s happened to me already.
My friend had a point and it was simply this. The world is small these days. I had already said that people read this blog in many countries around the world. What if I said something that a person of faith took exception to and wanted to teach me a lesson.

You know. Like people who live in Mississippi do.People who teach other people invaluable lessons by hanging them on meat hooks down in a dark shed at the bottom of the garden, next to the 57 Chevy rusting in a heap and beside the selection of old living room sofas soaking up both southern sunshine and rain.
My friend was simply saying- what if?
It got me to thinking.
Firstly, I was thinking-  why is a person of some faith reading a blog of mine.
I am sure that is against some rule or regulation.
The Catholics don’t send me comments.
Maybe the odd RC does.
That’s a recovering Catholic.
Then, we got to talking about those who get distanced by some of us simply because of the God and Religion thing. They wonder why there’s this distance and for some reason fail to realize that Jesus and God have stepped up their game and everything else is secondary.
On a lower plateau.
They make that decision and they cling to people of like-mindedness.

They have their biblical studies and church and pot lucks and whatever else they do in the name of Jesus but many of us want to be left alone simply because neither Jesus, God, The Virgin Mary and a plethora of other characters have no place in our lives.
They do all this- shoving others away with their religious tripe, yet can’t understand why.
They’ve been blinded by the white light in their eyes!
Salvation is their only goal!
Oh Dear. I’ve done it again.
I am doing the bullying thing.
I will make a concerted effort to stop.
I must leave you now.
I have a couple of episodes of “Good Christian Bitches” to watch.
What have I learned from this television series I hear you ask? I have learned bitches and regular everyday people hide behind the guise….
Never mind.
I am seeing the light.
Posted by Rob Reid at 7:47 AM