...and they said- "Why Rob, Why?"
I said- "Because..."
They said- "What have you done now?  Did you piss someone off with something you said?"
No.
Nothing like that.
Although, I did break my 2011 resolution to keep my mouth shut but some things just needed to be said.
I only broke my resolution once.
Maybe twice.
I have accepted the consequences and moved on. I don't let the "muck and mire" get me down any more. My life is getting shorter and I prefer to move along. If someone doesn't move along with me- that's fine.
Stay bogged down in the "muck" if you can't pull yourself out!


I have also realized that I need to enlighten myself. You see, up until a very short while ago, I believed that everybody thinks the same way that I do.
Now, I know that is not true.
That's not the topic for this blog. That's for another time and place.


So, what did I do now?
You may remember I began Swisssh Holiday Radio in late October. It was successful playing all Holiday/Christmas Music - all the time.  In fact the server was full most times of the day. That was a good thing. Now that the Holidays have been put to rest for another year, I have also put Swisssh Holiday Radio to bed but not without another pursuit I have been thinking about. That's where the "what have you done now" part comes in. 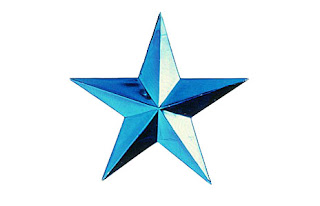 
Coming back from Toronto I saw a name up on a building that said "Starlight".
I said to Tom, who was driving- "That's a great name for a Radio Station- Starlight."
A double meaning. Music of the "Stars"- yet on the light side.
Then there's the gentleness of Starlight.
It just fit.
I changed the spelling of "light" to "lite"- as most stations do, placing "star" in front, hence- Starlite. I added  "Soft and Brite" as a sell line and spelled "bright"- brite!


I know I have still not answered the "why" part, so here goes.


Back in the late 70's I worked for CHAY FM. CHAY was a station for Huronia. A name that back in the day the powers that be, pinned on this area. They didn't have much success. There are still businesses today with Huronia in the name but that's about it.There was Huronia Tourism but that's defunct now too. Now, they try to sell Orillia and area as Lake Country but I believe that's a struggle too!


When I was at CHAY FM 93.1, we played 3 instruments to every vocal selection- except in morning and afternoon drive where it was vocal, instrumental, vocal instrumental etc. The station at the time was number 19 of all FM Stations across Canada. It was the only FM station in this area- the next being in Toronto- or Peterborough. The world of Radio was still ruled by AM stations- but not for long.
That's the "why".


I am programming Starlite with more instrumentals than vocals. Sometimes you'll hear two vocals back to back. Now the important part. How do you listen to Starlite?


2. You can go to www.audiorealm.com and place "Starlite" in the search bar and listen there. You can also listen through Shoutcast on an Internet Radio featuring Shoutcast Stations. The Genre is-  "Easy Listening" or search Starlite.


3. Soon, Starlite will be on iTunes, tunein.com and reciva.com. Hopefully within the next week. By the way I believe that www.tunein.com is one of the best ways to listen to Swisssh Radio- or Starlite. Apps are available for Smartphones or tablets. Check out the apps on your device. These enable you to listen anywhere there's 3G, 4G or wireless. Internet Radio is now truly portable!!


If you're in a mellow mood or just want a station to provide some good music- with no commercials or breaks, try Starlite...Soft and Brite.


What about Swisssh Radio?
Swisssh Radio is staying right where it is. It will always be my main focus but give Starlite a listen.