Did you get the “Peace” flyer that area Muslims dropped off in our mailboxes- or like at our house- the verandah floor, over the weekend?

The cover is all about Peace. A globe with a dove-wings outstretched, winging past it. The dove’s face has a rather Arabic look about it.

Hmmm. Peace is so relative.

Is this an offering of Peace after the Americans killed Osama Bin Laden who in turned has killed hundreds- if not thousands? Is it just in case weapons of mass destruction actually cause just that- mass destruction.

Then there’s the Peace surrounding Muslims and Christians who threw stones at each other in Egypt on Sunday after Muslims set fire to two Christian Churches and a Christian Apartment block. A dozen Christians- just people really, lost their lives all in the name of religion. News reports say scores were injured.

This is Peace between Muslims and Christians not to mention Hindus and Aryas also mentioned in the pamphlet. Guess the Jews are out of this one!
All I can say is-
Shit!
Just two weeks before Jesus flies back to earth two on May 21.
Whuck?
You men you haven’t heard yet?
You need to do some research. Just read the previous column on this blog for insight on Christ’s return on The Victoria Day Weekend.
I don’t make this stuff up folks.
I just tell you about it, with a sarcastic humourous slant of course.

But people- how many times do I have to say it?
There is no God.
There is no Jesus and although I have never studied Islam, I would pretty much be safe in saying that there is no such person- living, dead or breathing in Heaven- as in Muhammad.

This brochure from a Mosque in Maple Ontario of all places says Loyalty to one’s Country is a part of Faith. Forgetting your “old” country and getting on with life in your new one is how it should be. Isn’t that why people leave the old and look forward to the new? Unfortunately, when faiths such as this come to Canada, all the hatred and bias comes along with it. Then old wars leaves the far-flung borders- many time zones away from Canada, where they become a part of the fabric of Canadian life.
I believe this is wrong.
If you leave a country to get away from the torment, why bring the very thing that started the torment in the first place to your new land. 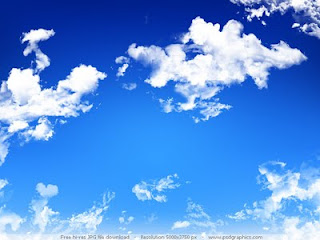 So what in the Hell does all this mean.
I don’t really know why a Mosque in Maple Ontario would see fit to spread their “Love for All- Hatred for None” message to Conservative Orillia.

If I had of had the opportunity to talk to the young man I saw dropping the brochure on my front verandah, I would have asked two questions.

First:
“So, whaddahya think of women and how come they can’t sit next to you in your Mosque and why do they have to keep their head covered and be seen-well, hardly ever, while definitely not being heard!”

Question Number Two.
“I am a Gay man. So how are you feeling about that Love for all- Hatred for none thing right about now? As a side comment, seeing all those men in the media when they’re demonstrating or throwing stones or drinking strong coffee in little bistros that line your streets in the old country, would it be fair to say that at least a few of them would like to lock lips and more with the quiet little handsome fellah sitting in the back corner of the café reading GQ Magazine.
I’m just saying, all those handsome, dark-skinned men in one place in a hot country and well, I mean something’s got to give. Might as well be the Speedos- if you get my drift!”

I haven’t looked at the this site but if you are curious or just fantasize about a lot of dark-skinned men prancing about the desert try www.LoveForAll.ca

Finally, from the Holy Qur’an 7:57- “And create not disorder in the earth after it has been set in order”- Allah- the Gracious and the Merciful.

Sounds like a practice what you preach kind of situation.

Too bad it falls onto deaf ears and then onto the hard, dry earth below.
Posted by Rob Reid at 10:09 PM