By the time you read this you could be buried under tons-
literally tons and tons of snow.

SnowZilla- some are calling it.

Armageddon of the winter world.

Forign news channels and local stations in places like Bumnectedy, Connecticut have been broadcasting warnings in advance of what is being billed as the most “hugest snowstorm”- ever! This could be the end of “normal”, for weeks to come.

Why even here in our own “Homeland” media is brewing a tempest in a storm cup. Run for your lives they are telling us. Work from home. Don’t go out. Hide under the bed. Buy salt and sand and shovels- even if you don’t need to. Flee to the tropics.

Good God, it was weather such as this that swept through the Yorkshire Dales in England back in November. Some people were buried at their local pubs for 6 or 7 days until a backhoe could get to them.
But they survived. The British Bulldog made it. They weathered the storm. It eventually melted.
Some of it.

Take heed from this story and learn from the mistakes of others. Don’t go to Metro or Foodland. You might get stuck in there for the next week.
What would you eat? 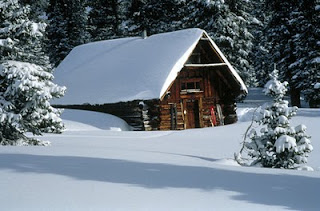 What if you missed Little Mosque on the Prairie while you were snowbound at your local groceteria?
OK.
People.
Settle.
So, a storm is coming. It’ll lay down maybe 40 or 50 centimetres of snow in places like Hamilton.
Chicago got 60! That wonderful town.

So that’s it. The warnings are out. The Environment Canada website has been flashing Winter Storm Watch. In bright yellow for hours now.

Just be aware that this might be it.
Yes indeedy do.
The end of the world.
The final battle between good and….and…and…