I hope to write my 200th Blog on Christmas Eve.
A Christmas Gift to myself!

Fah-La-Lah-Lah-Lah!
However, it’s picking on the Americans time.
In a loving friendly, holidayish sort of way.
We should be very smug about the things we know and the things Americans don’t.

Have you ever listened to a Yank explain Canada? Remember Rick Mercer’s Talking to Americans? An American Radio friend a couple of years ago had no idea that we celebrated Boxing Day right after Christmas Day.
Two holidays in two days?
He couldn’t get it through his head.
Then the early Thanksgiving?
He almost passed out!

It’s sad- yet funny, when one of their so called “newspeople” can’t even get information about us correct. Happens all the time.
Are they snobs?
Are they just self-centred?
No. They just have blinders on.
If it doesn’t do anything for American and Americans, they could care less.
They confuse easily too.
Watch a Canadian Star on an Americam talk show and seldom do they mention Canada.
The audience can’t understand it.
They don’t know about it.
We might just as well live in caves. They just believe it snows in Canada 365 days a year!
Now, take that show “How I met your Mother”- the one with the Canuk gal on it.

At least I believe she’s really Canadian. They- the writers, are always making fun of her “character”- and Canada. I can’t watch it for that reason, although I like Neil Patrick Harris. He’s cute. A good actor and Gay! Yup. Queer as a three dollar bill- even a two dollar bill and soon the adage will be “Queer as a Penny!”

American writers always show their lack of knowledge of Canada with their humour.
I mean really!
Bars where everyone wears red plaid shirts and parkas?
Ok, maybe there one or two in downtown Orillia, just along West Street South between Mississaga Street and Colborne Street.
Maybe there are a few.
Yes. Okay. Maybe there are bars and pubs like that- but not all bars.
During the Winter Olympics, in a video explaining “us”, by U.S. Newsguy Tom Brokaw, he says “Canada from Sea to Sshining Sea”.
Ummm. That’s a little Yankee Doodle.
We say- “From Sea to Sea”. That’s our motto.
For the most part though, the video was pretty good.

There are more people in the state of California than all of Canada a co-host remarks on screen.
However, Mr. Brokaw says, Canada has a stronger economy. Oh yes- and Health Care.

Now, about this so called “inferiority complex” we have.
I say it’s really just “smugness”.
It just sometimes sounds like a complex. 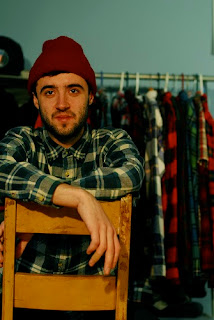 Hey. We just know more things. We not only know things about our country but theirs as well. We feed on their movies, television shows and politicians. We buy from their stores. Cross-border shopping is a hobby for those near the 49th. We borrow fashion ideas and we lend them our “Stars”.
We weep with them when disaster strikes- like 9-11.
We laugh with them and at them.

So maybe we shouldn’t feel inferior. Just smug.
A bit of a smile.
A slightly upturned corner of our collective mouth.

We just know more.
..and we shop till we drop on Boxing Day!