Even Scrooge Saw the Light

For being such a nasty sort of fellow, the story of Scrooge along with the Ghosts who visited his humble domicile, has certainly played a prominent part in our Holiday Celebrations. Scrooge has been reincarnated many times over the years by a variety of actors.

Stalwart actor types such as George C. Scott, Michael Caine, Alastair Sim and even Scrooge McDuck have all played the part of the Festive Grouch who gets turned into “a better man than any old man in any old town or city anywhere!”

While watching one of the many Holiday Versions of A Christmas Carol, I got to thinking about people that continue to stir the pot of gruel during the joy and peace of this Holiday Season. As Bob Cratchit once remarked to Mrs. Cratchit over a flaming Christmas pudding -“My Dear, have some Charity!”

It may be someone in line behind you at Canadian Tire. Someone who steals you parking spot Downtown or friends and family members who just can't find it in their heart(s) to move on and forgive and spread benevolence instead of ill-will. It's not easy getting through the Christmas Season without a few blips on the Holiday Grid. There can be friction between relations-conjured years ago, that still rots away at our hearts a bit more every Christmas. 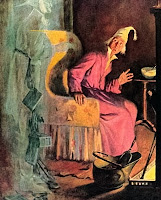 There are friends who continue to think the worst of you and seem to forget the best of you and a lifetime enjoyed while being your friend. I understand that it's not easy to forgive- even at this most forgiving time of year.
I read a quote a few months ago from an unknown author and I scribbled it down on a pad next to my computer. It says:
“People come into your life randomly and they leave randomly.”

I thought it was simple- but well said. It can be difficult to lose friends and family members who pass on to the next level of enlightenment-and leave you behind. Life sucks but it keeps moving forward. Death happens to us all sooner or later. Saying goodbye to friends who have been spirited away to another dimension has happened a few times this past year. That's one example of people leaving randomly. An example we can't control for the most part.

Our Friends leave too. Disagreements. Mis-understandings. Distance. It happens to everyone. However if there is one time in the year where Goodwill prevails, it's the Christmas Season. If Ebeneezer Scrooge can see the light, then there's hope for us all. Love breeds hope. Putting things right is a difficult “Holiday Path” to walk, however.

If you decide to mend a fence or two, what's the worst than could happen? A brick or two might crumble in the wall that lies between you and a former friend-maybe even family member. I know someone who never spoke to a sibling for more than three decades. The sibling eventually died- without reconciliation.
No chance to say “I'm sorry” or “can we talk”.
“Passing on” is the final brick in the wall. There's no making amends when that final brick is mortared into place.

It might be advantageous to the “spirit”-at this particularly social and forgiving time of the year, to give it one more try. It might turn out to be an experience you'll never forget-and I mean that in a good, positive way. 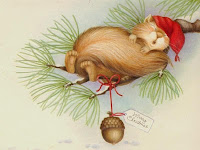 You do have to be prepared to let things go. Sometimes no matter how sincere an orchestrated, heartfelt apology is offered, some situations cannot be reversed. At this point refer back to “people leaving randomly”.
You still have memories of the good times and like the song says- “they can't take that away from me.”

As for Scrooge, at least he eventually saw the light and from that we all can take heart. Learn from his "life" mistakes and let Christmas Joy prevail.