Back in the 80's, I once had a conversation of sorts with a Catholic Priest- who wasn't wearing his collar at the time. Well, I mean a guy wearing a collar in a Gay Bar? Such a turn off. Shaving your head and painting it blue would have the same effect.

No. He wasn't converting me.
Baptising Me.
Teaching me the Rosary.
Lecturing me on Catholic Dogma or anything else like that.
~wink, wink~ ~nudge, nudge~
He did light my candle though as I remember and I believe I almost screamed- "JESUS!!!"

Why do I bring this up after so many decades of "silence"?
The Mister and I watched a movie last evening called "The Good Catholic".
A handsome, ruby-lipped Priest inadvertently falls for a member of the opposite sex who came to him in a Friday Night confessional. She toys with the Father and tells him she is dying. She also performs at a local coffee shop in a show she calls "Watch Jane Die".
They have an instant rapport this Priestly fellow and Jane- the one who is dying.

We never find out what she's dying of or how long she has to live.
She seems in pretty good spirits and Jane is the kind of girl you could have a fun time with after a few Vodka martinis- and I don't mean sexual fun, just a fun time.
It's interesting how the part of the Father is played by a cute young guy with terrific hair and nice lips- although the makeup department does apply a little too much Max Factor Ruby Red #32 at times.

As she talks about coffins and burial versus cremation, she begins to fall for this man in the collar and the holy man begins to fall for her. A stodgy older Priest back at the church is dismayed at the prospect of the young, handsome Priest being "involved" with someone- let alone a woman.
A Franciscan Father- also working at the church, has a lighter tone and I wondered why he was a religious man in the first place. He seemed to be having too much fun living within Church rules.
Maybe he was afraid to live in the real world.
Egads! 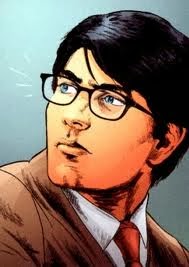 The Handsome Priest fights with his conscience- not unlike a handsome Prince fighting with a Dragon, trying to do the right thing. He does eventually. I think.
I know I could have cuddled him to my breast running my fingers through his thick, brown hair. Just to help him and soothe him of course. Heh. Heh. Heh.

The realization of the chance at a new life finally comes after the older Priest delivers a homily about God and Love being the same or something like that. It must have stirred something within the younger Priests heart and loins, for he trots off in search of a future.

The movie has one of those endings where the individual audience member decides for him or herself what happens next.
Cripes I hate that.
I am the audience.
I am watching your story.
I am not here to write your ending just because you can't decide how to tie the story up in a neat little package.
So, you leave the ending dangling there as the credits roll.
It's a sin I am sure.

How awful it must be to live a life serving someone you aren't even sure is really there at all. A mystical deity from a book that flew up to Heaven one day to be with his Dad, after a horrific death and resurrection. A death that millions of people celebrate as redemption and forgiveness of sins.
Pardon me, but isn't this year of our Lord 2018?
Oh well, whatever turns your crank and apparently this young Priest's crank was turned by the dying Jane.