You’re not supposed to say bad things about the dead!

Rob Ford is a homophobic, conservative, rat-bastard. That’s okay to say that isn’t it? I mean Mayor Ford is alive and kicking- kicking many Torontonians who voted for him right in the pedonkles.  For pete’s sake people- what did you expect? Mr. Nice?
It’ll be the same once Mr. Harper shows his real side- the smarmy one. Everyone will be so surprized- won’t they? Okay, maybe not too surprized since the PM has shown that side many times already.
Now Mr. Ford- call him “fatty Ford” like some of the media is doing, is digging in his heels saying he won’t attend the Toronto Pride Parade as have Mayors before him. Again, is anybody surprized? Mr. Ford does not seem to have his little sausage fingers on the pulse of the city but rather on plates of greasy, fryer-cooked finger food. He says that family is more important. That’s why he’s not going to Pride events including one of the largest, crowd-gathering parades in all of Toronto- if not the whole country.
I agree with Mr. Ford. Family is important. However, when you were elected to the office of “First Fatty” of Toronto- like the Queen who is the head of all things royal in the British Commonwealth, you have to be prepared to give up some personal, family type things that you like to do. You know Robbie- like licking the grill of the BBQ clean after frying up a few steaks in the wilds of Huntsville.
Ask Liz.
She’ll tell you that there are days she’d like to pull up a royal footstool, leave her hair in curlers, put her feet up and watch trashy movies for the day wrapped in a raggedy, old pink chenille housecoat. She can’t most days because she owes it to her country and Commonwealth to be wherever she’s required- smiling and happy. So should you. You can’t hide your Homophobic Hysterics in the forests of Muskoka forever. I mean you have to be careful there too. All kinds of nasty things happen deep in the woods- at hunt camps, logging camps and the like, where many men go to be “real” men with each other.
Pardon me while I gag at that thought.
No, Robbie-Poo, you have to confront your fears and get your large ass out to a few Pride Events. Start with something simple- like a flag raising. It’s out in the open. There’ll be some Heteros around too. You can scream for help- like a little girl, if one of the boys tries to “come on” to you. Nobody is telling you to look at the naked butts of guys who are 98% better built than you. Nobody is saying- “have a gander at some “Gay junk” or sweaty pectorals”- at least not yet.
Say- has anyone told you that you might be able to sneak a peek at a Lesbian tittie or two? No? That’s a shame. That might be something right up your alley. Actually, the Lesbians might just like your big gut- especially if it giggles while you dance.
Maybe you don’t.
Dance I mean. I would of course, expect you jiggle all over the place. 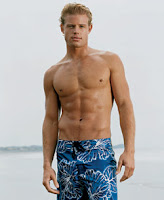 Now this whole Gay thing. You have to ease into it.
Slowly. Especially the Pride Parade. It can be quite the eye-opener. All those handsome men with bodies all tanned and toned, gyrating away on their respective floats as they boogie down Yonge Street. Mr. Mayor, if you make the Parade, you’ll want to divert your eyes form those TNT Men. They are totally starkers- except for running shoes and trust me Robbie- it isn’t pretty. Even I can’t look. Like Lot’s wife, I am afraid I might turn to stone- or worse.

Just go to the flag-raising. It’s harmless. It’s right there at City Hall. You’d hardly have to walk any distance at all. Another day during Pride Week, take a stroll down Church Street and say “howdy” to all the guys. Just don’t wink at anybody. There are “Fatty chasers” out there. That’s right Bobby. There are Gay Men who would love to get the chance to drizzle oil and rub things of theirs all over things of yours. In particular, your layers of lard-ridden fat. Here’s a suggestion. Take a couple of the cute boys in the office along with you. Put them in tight white tee shirts and you’ll have it made in the shade. If you can’t decide which office boys are cute- or Gay, ask the office girls. They’ll know. Isn’t this easy?
Oh, listen Bob- don’t stuff anything down the shorts of the cute boys you take along with you, thinking it’ll make you more attractive to the “gays”. It’ll just make you a bigger phoney than you already are proving to be. Oh come on Bobby, you are certainly not the “people’s” Mayor are you? Especially if you’re going to let a few Gay Boys and “tough-looking” Lesbians scare you away. Let’s not even mention the Drag Queens and Trannies and…
Get out there and find out what those people and the community is really like. The Gay Village is a part of your Toronto after all. Then, after walking Church Street and maybe even taking part in the Pride Parade on Sunday July 3rd, I’ll bet you’ll start dropping a few pounds to get ready for next year’s march. You’ll have that much fun! Honest!
Heck you might even squeeze into a tighty-whitey Tee Shirt of your own this time next year. Wouldn’t that be wonderful?
The mind boggles.
Anything is possible.
Posted by Rob Reid at 9:17 PM