I must be getting older. Old-timers disease has devilishly crept into my brain.

One summer morning, after an appointment with my Chiropractor Dr. Murray Miller, I was leaving his parking to take care of a few errands. One of the errands was a stop at the dollar store for batteries and stuff.

Oh My Gawd! I went blank. I couldn't remember where another dollar store was located in Orillia. Now, in Orillia you see,  Dollars stores are like Tim Hortons- 40 feet apart no matter where you go in the city. It shouldn't have been too hard to figure out and find one.

However, for the life of me, I couldn’t remember where the other dollar store- any dollar store, was located. Now it may just be the sheer number of dollar stores that have opened in this City of Orillia lately that my brain was over-loaded as to the location of another store. The grey matter just couldn't compute on such short start-up. You know, like a GPS it had to re-calculate.

Finally, as I drove along Memorial Avenue  my internal road map told me that one of the other Dollarama
Stores was located in the Fitton’s West Centre. I had been there a gazillion times!
Whew!
It was like mis-placing your keys in a hidden pocket of your shorts or in a zipped pouch in your murse- that's  "manbag" in other speak.

It was just another little, all too familiar lapse of memory. 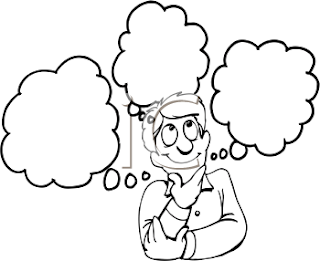 It can happen when you have so many things on your mind. Right now along with my own day-to-day life I have an entire script- at least my character's dialogue, in my mind. It's been there for six months. I used it once already when I was part of the Norm Foster cast of  "Looking" at the Orillia Opera House's Studio Theatre in February. Now, the same cast and many of the backstage people are performing that same show again in July only this time we are on the Gravenhurst Opera House stage.
It's exciting to be sure but I guess it's taken up a little more of my brain cells than I had originally thought.

Eventually this dialogue will go to that place where all old, unwanted dialogue goes- the "that's history" section of your barin where your internal computer diffuses and erases the memorized lines.

There's always the normal things floating around up in the brain such as the need to buy milk, buy bottled water, purchase coffee filters, get toothpaste, cut the grass or iron a shirt. These duites seem to be kept left of centre. It’s really amazing when you think about all the stuff up there- not even counting short term and long term memory and yes, finding a dollar store too.

I did make my way to the Dollarama. Parked safely- away from stupid drivers- and walked through the front door. Batteries to the right. Coffee filters to the left. Straight ahead more neat stuff.

Got it! My confusion and memory loss seemed to be gone- for a few moments at least.

Did I complete all the other errands I had on my list as well?