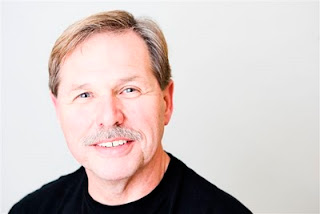 A week ago someone broke limbs, snapped off trunks and generally decimated many young trees at Veteren's Park on the Lake Couchiching waterfront.

All the snapped trees and limbs were within an area bounded by the Legion to the north and to the Lakefront Condo on the south.

Almost smack-dab in the centre you will find the cement hills and gullies of the place where kids- mostly males, gather to ride their rollerboards.

Garbage is strewn everywhere. Language is loose and "foul" and last week as I passed by, a trio of boys were removing huge concrete stones that contain the earth in the emaciated flower and shrub beds surrounding the smooth cement surface.

I have said many times before that this "place" needs to be scrapped. Take a sledgehammer and bust it out of existence. But still it lingers.

I don't know for sure if the trees were broken apart by the "little darlings" that hang there but it's a likely prospect.  If the culprits are found, maybe a back-breaking summer of weeding flower beds and scrubbing interlocking brick pathways would cure them of the need to destroy.
Like that would ever happen.

So for this weekend, in honour of those little trees that beautified our park, I offer you a fable from
The Story Lady. She regularly appears in her own column on the Swisssh website.
Enjoy.

Once upon a time there were two boys.


They were not brothers but they called each other “bro”.
They laughed together, ate together and rode their bicycles together. Sometimes, they even showered together.Sometimes with Father Cleary from St. Angus of the Broken Vial.

However, that’s a “bromance” story for another place and time.
One late summer evening as the sun set in the western sky, the boys were riding their bikes through the park. They were looking for some “action”.
You know, something interesting to do.
Something quite scandalous.
Something that would allow them to teeter on the edge of good and bad, black and white even Heaven and Hell.

“Hey!”- said Beetle- the nickname for one of the bros, “look at those stupid trees there lining the pathways. We should do something to those trees!”

“Hey Beetle!”- says Bog- for that was the other boy’s name, “I agree. Let’s do some dirt.
Let’s smash all the branches off those trees and break their tiny little trunks in two!”

“Great. We can throw the branches all over the pathway and people on their scooters and rollerblades will get caught up and trip and fall in the branches.”- added Beetle.

"You know what would be really funny Beetle?”- laughs Bog.

“What?”- says Beetle with a smirk.

“We could urinate all over the branches and the tree stumps!”

“That’s a great idea!” Beetle had had the feeling he needed to urinate ever since he drank that root beer at the Big Burger an hour ago.

So the “bros” broke the trees, threw the branches on the pathway and urinated all over them.
The next day when people walking in the park saw the destruction, they were exceedingly sad.

Two weeks later Beetle and Bog were riding their bicycles through another section of the park. As they pedalled, heavy clouds moved over the afternoon sun and it started to pour rain. They took refuge under a huge oak. The western sky grew even darker and more threatening. Suddenly, a bolt of lightening flashed down from the sky and overturned the magnificent tree, right onto the “bros”- who were crouched there waiting out the storm's fury.