Healthy competition. Using the old noggin’.
Promoting togetherness and brotherly love.
The family that plays together stays together….that is unless a player grabs an axe from the woodshed or next to the fireplace to make a point!

Happened out in Oro-Medonte I hear, only it wasn’t on an old Monopoly board or Twister- the game that’ll turn a straight man into a gay man in less that three right feet on red and left arm on blue…

So I have been told.

So, it seems these two “fellas” were having a slight tiff over one of those fancy computer games.
X-Box?
Play Station?
I don’t know if those are the correct names for computer games. You see, I don’t play them. Hey! I can barely use my cell phone!

The thing is, this game got them so riled up and angry that one of them grabbed an axe and tried to womp the other on the head or if not at the very least, attempted to sever an arm.
How does such a thing come to pass?
I don’t know.
You start out the evening with a slice or two of pizza and a good glass of wine-
maybe a tasty chocolate martini.
Perhaps a beer.
I don’t like beer so I can’t quite put that in perspective. 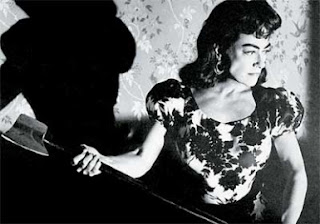 You remark about the tastiness of the pizza.
You love the wine.
The chocolate martini is so chocolately.
The beer is sooo….beery??
You chat about stuff.
One of you says- Hey ya wanna play a game?

You play for a few hours.

You loose game after game! Then, maybe you get so fed up with losing game after game that- after your friend makes a crummy remark about you being a loser and such, you grab an axe and attempt to lopp off his head or arm or even penis.

Anyway, things get totally out of hand and before you know it the cops are at your front door and your story is plastered all over the local daily!
Yikes!

So the lesson here is to play games but play nice!
Do not watch NHL Hockey for boys who play nice.

The safest thing to do would be to not play games at all.
However, if you do- hide the axe!
Posted by Rob Reid at 9:16 PM