It’s the weekend again.
Where has September gone? There’s Holiday Décor showing up in the stores across the aisle from the Harvest/Thanksgiving stuff, tucked right next door to Hallowe’en Ghosts, goblins and boxes of Mars Bars.
This is quite possibly the one time of the year where all the seasons meet. Summer stuff is at half-price or at the very least greatly reduced. I have already mentioned Thanksgiving and Hallowe’en and Christmas but winter stuff is lining the shelves too from Parkas to Pee Jackets, boots to mittens and everything else in between. I should think if you search for a bit you could find the occasional pair of pink or black willies as well.
There was a time when I hated the onslaught of fall.
It made me feel sad.
The sad feeling began when the CNE closed its gates.
Strange, huh?
Actually, it was a feeling beyond sad.
I was depressed.
I couldn’t shake the feeling. Most fall months would shroud me in a black, gloomy fog.
Although most friends and family members would hardly notice, it was like a 200 pound albatross slung around my neck and shoulders. I counted the days and weeks until the holiday season started. There was some respite.
It was hard to kick.
I felt sad.
Morose.
Empty.
Like there was no future.
I know there are probably some people reading this blog who feel that way now.
How did I beat it?
Mostly just trying to get out there and do things.
Now with global warming, summer is stretched through a good part of September.
I keep busy.
Friends come for dinner.
We go out for dinner.
We buy tickets for a show. 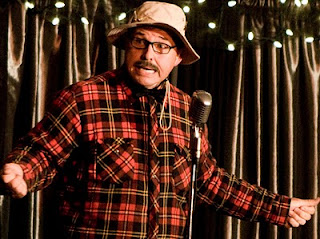 In past years I would be busy learning dialogue for a show. Now- again this year, I am writing Hank’s third annual Holiday Show and giving him a helping hand with the casting.
This year Hank wanted a Talent Show.
A Showcase.
It’s called “Hank’s HOliday sHOcase”.
Many of the same characters will return to the stage with Hank but there’ll be some surprizes too.
Later in the fall auditions will be held for 10 spots on the show where individuals strut their stuff in front of a “live” audience for fabulous prizes! You can sing, dance, yodel or display some other “fabulous” hidden- or not so hidden, talent! Hank said to be sure to use the word “fabulous”!
He even has the Producer Mary Lou Kempton working on that “fabulous” aspect already. She looking for prizes from local sponsors- fabulous prizes I mean. She’s also grabbing a bevy of advertisers for the show’s programme.
Set designer/costumer Jo Anne Debreczeni is mulling over set ideas and has already purchased costume bits and pieces.
So there you have it.
Get involved.
Plan to audition. Get working on your talent and just maybe you’ll be up there on stage with Hank and a cast of Zany characters at the Stubley Auditorium come December 10th!
What better way to spend autumnal hours and days.
You'll be shining.
You’ll have a “fabulous” show to look forward to in December.
It’s sure to make you smile!
Posted by Rob Reid at 9:03 PM