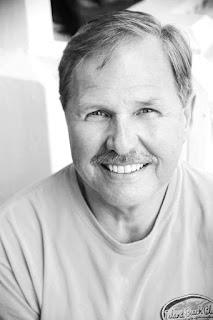 The Mister and I have been going to many of the performances of the 39 Days of July
here in the Cowichan on Vancouver Island.

A Sunday afternoon ago while listening to the great music from the stage, I watched a young boy maybe seven years of age or so, dance on the green grass in Houey Park.
He was about 20 feet from where I sat in my two-toned grey lawn chair.

This boy, in a bright blue Tee shirt, wasn't dancing alone.
He was dancing with his Dad.
I wished I had a video to demonstrate to you how wonderful the moment was to me.
I hope it was for him.
It was so sweet my eyes began to water.

I watched them together for a minute.
Then, they stopped.
Something had diverted the youngster's attention away from keeping time to the music with his Father.

A few seconds later another brother- maybe  a couple of years older was itching to Dance with Dad.
He had on a bright red shirt with the name "Cooper" in black letters sprawled across the back.

You could see he wanted to but what would people say if they saw that. A boy dancing with a boy?
He didn't know that I was watching.
This young lad who obviously loved his Dad was too afraid of the peer pressure or what he had been carefully taught-
A boy cannot dance with his Dad.
It's not right.
Maybe he thought it would be "Queer".

Dad stood still and offered him his outstretched arms, encouraging him.
"C'mon," I was saying under my breath. "Do it!"
I was routing for him. "Take your Dad's arms!"
It seemed that I was almost yelling out loud but I wasn't.
C'mon, young man, just dance with your Dad.

The boy felt awkward.
I could tell.
Two men don't dance together. It had probably been drilled into his head by those many years older. Maybe by school pals. Who knows.

Eventually, he pushed Dad so he was facing away from him and reaching around his Dad's sides, he grabbed the strong arms pulling them around to his Dad's back.
Nope.
He tried to swing this way and that but it just didn't work- not the way it had worked for his brother a few moments before. Finally, he pushed his Dad away and moved towards another brother- a bit older again, and he ran away to play some "silly" brother game.

Too bad.
It could have been memorable.
Not just for me- I was just an onlooker- it was for "Dad" and of course for the kid.

I turned back towards the stage and the musicians in front of me. It was lost. It almost happened but now it was lost for eternity.

During some applause a few minutes later, I took one final look around turning in my chair to see where the Dad and his three boys had gone.
There.
I could see them behind me a few hundred feet away. They were walking- balancing really, on the rails of the old train tracks that cut through the centre of the park.

A new memory was being created.
The old memory, the special moment that could have been was gone.
Lost forever...