Jesus, Mary & Josephine!
It looks like we've made it to live another day.

April 23rd has come and gone and no "End of Days".
Somebody made a big mistake- again, while prophesying our ruin and subsequent total damnation.

Speaking of total damnation, by now you've heard about that asshole who slaughtered innocent people as he drove and rammed a rental truck along a 2 km stretch of Yonge Street in North York in Toronto on Monday afternoon.
For those folks my heart goes out.
You get up in the morning expecting to make it through your day. You're looking forward to an after work drink or an evening meal with friends, family or co-workers and you don't get to make it through your day.
And why?
All because some maniacal idiot thinks killing people is doing a huge favour for some hateful, revengeful God figure that'll get him into some weird version of Heaven packed with virgins.
Not that the "normal" version of a Heaven isn't weird- it is, however that driver's version is completely f*cked up whether it's virgins or just attention he craves.
The F*ckpot!

These kind of horrendous events used to only happen in places like America or some hot, dust-ridden, god-forsaken country populated only by people in kaftans with camels and sand dunes.
Not so these days.
This can happen anywhere at any time.
As my Mum use to say: when your time is up- your time is up.

We have to make the most of our time here on this plane of existence for our own plug could be pulled at any time. That's why- and I may have said this before, that's why The Mister and I took a chance and moved our whole lives three time zones west to Vancouver Island, Canada.
Oh but it wasn't all fun and games.
It was stressful.
Sad.
Unreal.
Hard.
Life-changing.
Challenging-
yet Fun.

Being here on Vancouver Island in the city of Duncan has allowed us to relax and breathe. It has given us the opportunity to be outdoors ninety percent of the time since we arrived off the Ferry from Tsawwasen and mainland Canada back in August 2017.

We are not alone.
Lots of Ontarians are doing the same thing and they're not just screaming and running away from the likes of Patrick Brown or Doug Ford- even though those are two great, sound reasons to leave. Maybe a crazy person begging to be shot in the head is a good reason to pack up your old kit bag and get outta Dodge as well.

Weather is a major reason to come here to the Island and retirement.
Double digit temperatures in April- sometimes in February and March, are absolutely unbelievable for Canada. 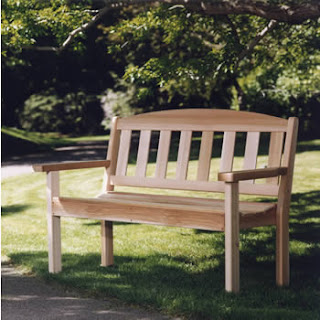 A few days ago I was at a garden centre where a husband, wife and a red setter doggy named "Murphy" were admiring one of the plants on my cart. It was an Azalea with about a hundred buds all ready to bloom the most brilliant red.
"It's just amazing that I can plant this now- being from Ontario", I said to the couple while patting Murphy on his beautiful puppy head.
She shrieked- "My Husband and I are from Ontario too! Whitby. A year ago!
I said- "Orillia. 8 months ago."

Without a doubt, every second person you talk to here is either from Ontario or has family there. You'd be surprized at how many people know Orillia and have a relation or two there.
I never knew Orillia, Ontario was so worldly. Orillians as well as Ontarians, really get around and staying within the borders of our Canada too.
Health coverage is pretty much the same here.
Language is the same. There's even French s'il vous plait!
Federal laws- the same, of course.
"Island time" is a bit different and one would be amazed at the conversations one can get involved in whilst standing in a check-out line!

So kids, do your research and you'll see what the Island has to offer.
Google information is a few keystrokes away.
Here's something:
Seldom will you hear about us "Islanders" back East.
Seldom will a national weather forecast talk about the Mediterranean climate we live in here in the Cowichan Valley.
Seldom will newscasts report anything west of Vancouver and the Lower Mainland.

I suggest you do your research soon before another "End of Days" is upon us.
It could have a disastrous effect on the real estate value of your home, so you'll want to sell outside of a "biblical threat".

If Sodom and Gomorrah is Ontario- or even New Brunswick heaven forbid, Vancouver Island is surly "The Promised Land"!