Another Weekend closer to the Holidays.
Ho Ho Ho!!

Firstly, that young man I mentioned in the last blog who cried about being bullied on the video taken by his mother...
I read where his father may be a white supremacist and his mother- just a little bit racist.
Oh those darn southern folk. Aren't they a hoot.
They still think the slaves are out there a pickin' cotton. 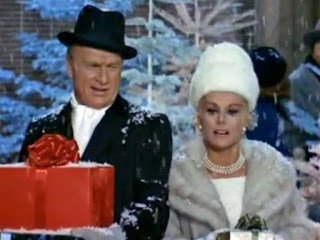 So, have you done your Xmas shopping yet?
I haven't and neither has The Mister.
I did tell him he could buy me Jann Arden's new book- if he wanted to.
I think we have enough this year what with the new Island Home and all.

I did buy the Echo Plus from Amazon.
The top of the line model.
She- Alexa, was on sale at $50 off the original price.
It just came in the post today. A tube about the size of a Kraft Parmesan Cheese container. You speak to Alexa and she does a bunch of stuff. Alexa has 7 or 8 microphones that pick up your voice from
around the room- even a whisper.

She gives you the correct time.
Tells you the weather and gives you the news headlines.
She plays music you ask her to play.
Not everything, however.
Although the English version released in Canada on December 5th says it's Canadian English and she's marketed as being built for typical Canadians, there are still some things she has no idea a boot.
You ask her to play an Anne Murray Christmas Song and she is stumped.

Hey- just like your typical American!
If it doesn't personally affect them, they tune out. Okay, not all but most.
Actually, they don't even tune in in the first place.
Someone here on the Island told me that an American in Seattle- just across the BC border from us, thought Canada's ice and snow started right at the border. Rainy and wet on the US side.
Cold, Ice and Snow once one passes through customs.
Duh... 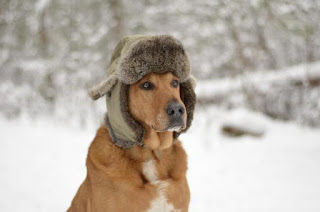 Speaking of Canadians and Americans, I follow kd lang on Twitter and damned if that Alberta gal isn't the most American thing since the Kennedys. She rallies against Mr. Cheese Face and practically waves the Stars and Stripes in your face.
I am disappointed in her but if you live in LAH (Los Angeles) I guess that happens.

Guess that's why I am turning into such an Island Boy or at least trying to be. Right now I am being careful not to boast of 10 degree temps and sunny skies when back in "Old Home" it's been -20 something and snow- beaucoup de neige.
It's hard not to.
I am also trying not to boast about digging up an English Laurel from a friend's garden a few days ago or that a Palm Tree has been planted in the hole in our front lawn as you read this Weekend Edition of my ROBBLOG. Not to worry. Temps get a little cooler the week before Christmas. Daytime highs will only reach 4 degrees or so. Of course, the weather is so changeable here in the Cowichan, we might just see warmer temps prevail. 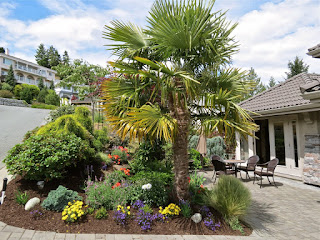 I hope so.
I am not done wearing shorts- just yet.