“Awww, I could have told you back in May it was going to be a cool, wet summer. There’s no such thing as Global warming!”


“Yup. It’s all those things they got going around up there in space. That’s what’s causing all this freekish weather”


I was having a coffee break on a bleak autumnal afternoon when the gentleman at the next table offered his thoughts on the weather. He continued talking as I continued sipping.


“They’re just foolin’ around with too much up there that they don’t know a thing about!” He points up.


I reply-“I heard weather experts say the Polar Vortex and El Nino will be affecting our weather through March. We might get a bunch or snow again or maybe a milder winter. Nobody seems to know exactly.”


He continues as if not hearing a word I just said, “No, we are back to regular summers and cold, snow-filled winters alright, just the way he intended it to be.”
“He?”- I asked.
“The big fellah. You know- God.”
“Oh…”
I sipped again, then, offered an observation-
“Well I guess we’ll just have to wait and see. However, it was nice that summer arrived for a couple of weeks in Late September/early October.”
“I suppose”- he says, “Have a good one!”
Up he gets and starts to walk away.
“I will. Thanks.” 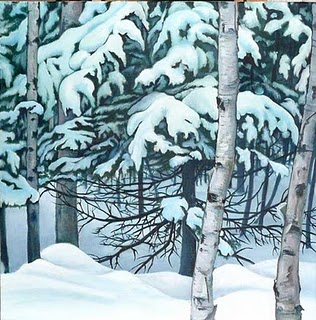 
These days the talk is all about Polar this and that and El Nino or Nena. We seem to be at their mercy. Now, if you’re a Farmer’s Almanac sort of person you’ll already know that their agricultural prognosticators say some areas will see snow- later this month and into November of course. Poor old Manitoba has seen the white stuff already. Calgary too.


I remember one August it snowed in Calgary. Not too unusual for Alberta- more unusual for us in Central Ontario. Weather is strange- isn’t it?


Take Newfoundland for instance. Most years they see summer on or about July 28th. It leaves on the 29th!


I have always thought that living year round in Hawaii would be a good thing. Yes, they have the occasional hurricane but they don’t happen that often. There’s too much Pacific Ocean and they just blow out to sea. Other than that, the weather is pretty much nice every day.


So, here in Orillia, enjoy a nice sunny day when it comes along. We’ll be bitchin’ about shovelling snow before you know it. I saw an ad for a pre-lit Christmas Tree the other day with 1000 mini lights. Right next to it an ad for Christmas Cards.