Sometimes, I wish I was a Woman.
~ahem~
~pause~
Okay, maybe if I could sing and look a bit like like Conchita Wurst.
Conchita won last month's Eurovision Song Contest in Copenhagen. I'm not one for the Eurovison contest. Not many Canadians are.
It's a different feel.
A different mood.
Just different from what we are used to.
It's so European.
ABBA came from the contest many years ago. That's about the best example of a famous group I can think of. Now Conchita may change all that. Here's a photo of Conchita below. 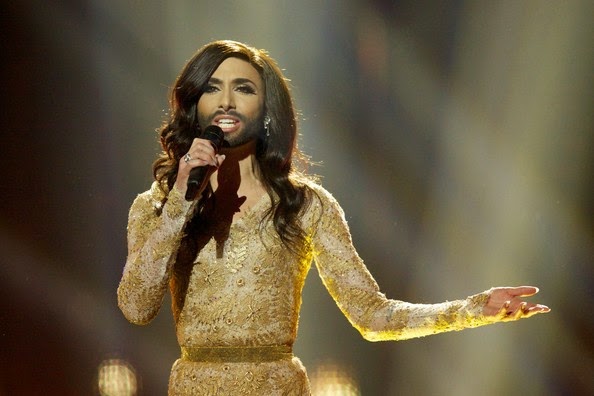 Yikes I hear you say!
What's with the "bearded lady?"
Totally her idea.
Her schtick but it works.
Conchita- otherwise known as Tom Neurwirth- with those same splendid eyes, grew up Gay and he had a rough time of it- like many of us do.
You can read more about Conchita and Tom for yourself. Just do a search but needless to say he struggled and now it looks like he has won the battle. Here's a pic of Tom.
Cute eh?...and those eyes. 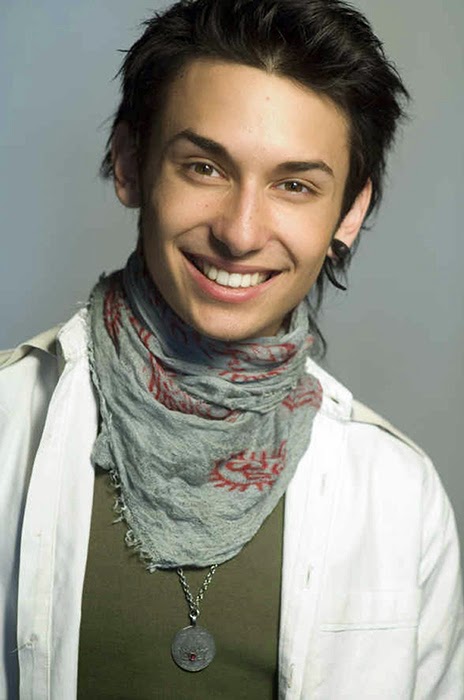 More than 30 countries competed. There were 27 countries in the Eurovision final- after two nights of semi-finals.

I watched it all on Out TV- our National Gay Channel here in Canada. Don't go looking for it among your Rogers channels. You have to pay a couple of bucks extra each month to watch. The show was co-hosted by Adam and Tommy D. from Homorazzi- a hit Out TV Show.
Over 3 nights and 10 plus hours, it was a total Canadian Bitchfest.
It was terribly funny and many of the performers needed a good, swift tug stage left or right.
You might be able to watch the show on the Out TV website. Certainly You Tube has tons of clips- maybe the show in its entirety.

Anyway, suddenly, on the first semi-final evening, in a blaze of gold, glory and European pyro-technical splendour Conchita Wurst- rose like a Phoenix.
Here have a look. Double-Click on the video for Full Screen.

I know. For a Drag Queen the beard is a bit frightening but look at those eyes.
Look at that talent.
Listen to the voice.
I was smitten.
Throw me in a golden gown.
Slap on some long, luscious eyelashes and....
Nevermind...
I couldn't pull it off but I have been having night dreams about doing it.

I've added two of three of her songs on Swisssh Radio.

"Rise Like a Phoenix" the song she performed 3 times throughout the contest is a winner.
The contest after all is supposed to be about the song.
All original songs.
Some good.
Some crap.
Some left you saying WTF?
Conchita? She gave me chills. The You Tube clip above is her rendition of the song- after she won.

Conchita is awesome to be sure.
Confident.
Assured.
Beautiful. (...forget about the beard but it grows on you ~grin~)

Now, if I could lose about 50 pounds and find some brown contacts...