I was about to write a little something about Religion again and how ridiculous it is in this the 21st Century to hang on to stories and fables from a time when folks thought the earth was flat and the only footwear was sandals.
I hate sandals.
It was a time when new "Messiahs" were a dime a dozen...and that would have been paying too much. A time when a man could hang out with 12 men and a "fag hag" and still get served in restaurants and get invited to weddings. Those were the heady, early days of "fagdom".

Of course today at many restaurants, cafes and wedding, Gays are the hit of the party.
It's a heavy load to carry but it's a cross we must bear!
How things change.

But as usual- I digress.

I had a bunch of stuff I was going to blog about today but I neglected to write any points down. At this time in my life if I don't write things down, I don't remember. Now, as I sit at my keyboard I am drawing a blank.
"So why are you even trying to write?"- you may well ask.
Well, I am hoping inspiration will eventually come...

A few nights ago, I had a dream about a friend who passed last year on Labour Day Monday.
In the dream I was in a white room.
It had a door.
No furniture.
No window.
No pictures on the walls.
Just the door with a gold doorknob.
I opened the door.
It opened onto a wide hallway- like a corridor in a school. In this hallway hundreds of people were
aimlessly walking along- with seemingly no purpose.

Suddenly in front of me I saw my friend walking by.
"Sienny!"- I cried.
I stepped into the hallway and placed a hand on each of her shoulders as I turned her towards me.
At first she seemed in a daze and completely unaware that I was talking to her, what she was doing or where she was going.
"Sienny."- I repeated, "What are you doing here?"
Wherever here was.

You see, I can't remember where I was before I realized I was standing in that white room. Dreams are like that-aren't they?

Suddenly, she seemed to snap out of the daze she had been in. Looking up into my face, she gently hugged my cheeks with her tanned hands and her perfect nails and asked-
"Hello Darling, how are you?"
I'm fine!"- I told her.
I was over the moon with happiness that once again I could look into her eyes and feel her warm touch. She was wearing a rose-coloured dress and she had a fur stole- let's say "fake" fur stole, draped around her shoulders. I didn't say anything about the stole but it was not the first time I had seen Sienny wear fur- fake or otherwise.

Once, a few years ago when Sienny, Tom and I were going out to dinner, Sienny chose to wear a real fur coat. She had had the coat for decades.
"Aren't you afraid that someone will throw a can of paint on that while you're wearing it?"- I said, as I pointed to the coat.
"Not to worry Darling. I didn't kill it. It was dead when I bought it!"

Now, here she was in front of me wearing- not the full fur coat as she had all those years ago but a stole casually flung around her shoulders.

As she held my face in her hands I asked how she was.
"I don't really know Darling, I am not sure what to do or why I am here."

At that moment I woke up.
There was nothing else about the dream I could remember but I will never forget her voice or the feel of her touch.

We miss you "Mrs. P" and don't worry, sooner or later you'll figure it out.
That we are sure about. 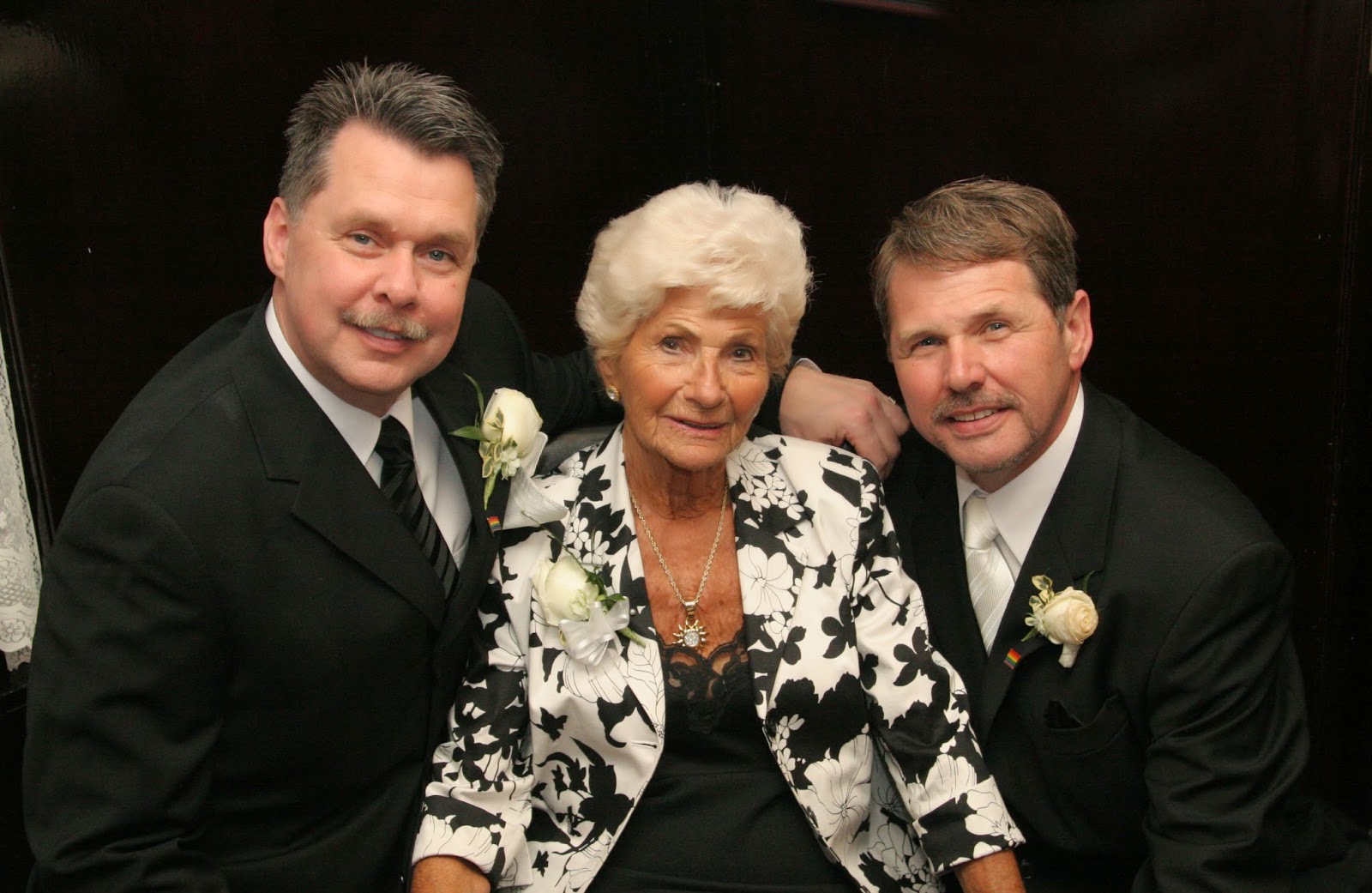