I was ironing a few shirts the other day.

Yes, I iron clothes.
It's a Gay Thing.
Besides, our maid is on holidays! Either that or she quit but I haven't seen her around.

I am really pretty good at ironing- I've been told. There's nothing like a freshly ironed shirt to make one feel like a million bucks or at the very least preppy. As I iron, I sometimes come up with ideas or stuff. Sometimes it's ideas for new "talk breaks" on Swisssh Radio (www.swisssh.ca).
At other times it's an idea for a blog.
Blog Stuff.
This time as I was ironing, it was the later. I started to think about some of the differences that a person experiences on Vancouver Island as compared to the rest of Canada.

First off, we live ON Vancouver Island, not IN Vancouver. I don't correct eastern folks any more. They just don't seem to get it. We are on "The Island". There is no bridge like the Confederation Bridge that spans New Brunswick and PEI spanning Vancouver Island to the lower Mainland of British Columbia. One takes a "ferry" to cross the water.
A ferry is a boat.
I don't remember any ferries in Orillia.
No...wait.
There are ferries in Orillia. I know that for a fact, although it is not polite to refer to them as that. 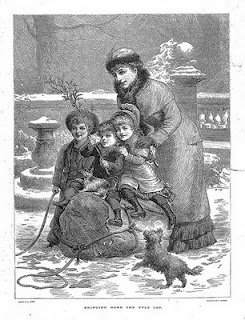 Snow shovels aren't really a pre-requisite here on The Island. We did bring a small plastic shovel from Ontario. However, a few weeks ago as I was removing a bit of frozen snow from the side of our drive- I broke it. We had to trot off to Homo Depot to pick up a new one. It's red in colour and is much sturdier than the see-through plastic model we lugged from Orillia. It has a wooden handle.
It's been in the garage since the day we bought it.

You don't need  a humidifier here. Back east in the winter you need one or your skin would feel so dry in January and February you'd have to bath in a tub full of hand crème just to relieve the dry skin itch.

Winters on the Island can be different. This year- our first here as you know, we had a few cms of snow the Wednesday prior to Christmas Day. We had some cold overnights, so the snow stayed here and there for about two weeks. It was enough for Islanders to say it was a "White Christmas". Not "white" by Ontario standards but the small amount of white sporadically covering bits of green lawns and plants was good enough for Islanders to call it a "White Christmas".
I let them have their dream- this year.

The Mister and I brought gloves and scarves all the way from Ontario. The difference?
I maybe wore a scarf twice over the holidays just to make it feel like Christmas. As for gloves? Before we could find all the leather and wool gloves we had packed, I nipped into Dollarama one day last fall and picked up a couple of pair of "one size fits all" for a dollar twenty-five, so our hands wouldn't get chilly when we walked the dogs.
Honestly?
I found all the gloves after moving in day. Although the brown and black leather gloves are neatly piled on a shelf in the bedroom closet, I have only worn the buck and a quarter Dollarama  gloves.
On the topic of leather- I may have slipped on one of my 3 or 4 leather jacks, three or four times.

The differences continue.
I have yet to wear my winter boots.
Enough said about that... 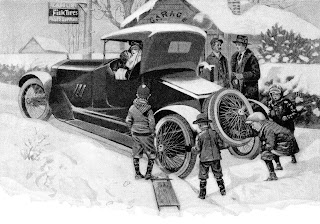 Snow tires on the Grand Caravan?
Nope.
Although if the weather were to turn nasty with wet snow and slush, we would be requited to have snows on to cross the Malahat. The tires would have to have this little triangle symbol on the side with a snowflake in the centre to be legal to drive the Malahat.

One solution is NOT to cross the Malahat down Island into Victoria on a nasty day and believe me on a foggy or heavy rain day- not to mention wet snow, it is not a fun trip to travel up and over the Malahat and down the other side into Victoria or Sidney or Saanich anyway. It's best to just stay home and go out for a coffee.

Speaking of the Malahat- one of the many mountains on the Island, one's ears pop when going down the Victoria side. However, while driving down the huge "hill" out at Horseshoe Valley back in Orillia, ears do not pop. That's a difference.

On the east side of the Island Highway that separates east and west Duncan, there are dykes to hold back the water if there were a huge spring rain- or a Tsunami. Tsunami's by the way would start on the west coast of the Island coming in from the Pacific and probably wouldn't bother us here on the east coast. Back in Orillia, Ontario there are no dykes holding back water. There are dykes however, that purchase all the plaid shirts at Wal*Mart every October but other than that...none.

Here on the Island grass-cutting may be required in January and certainly February to keep lawns in check and looking their best. In Ontario and other points east- like Edmonton or Winnipeg, there are not too many lawns that require trimming during the winter months. A BIG difference.

On the Island the NDP and the Green Party share the running of the government- even though the Greens only have one seat. Anything to keep the Liberals off the throne after 11 years I guess
Different, eh?
It's like sharing a snow shovel here in the Cowichan with neighbours who don't own one or care to own one. Of course back home in Simcoe North there only ever has been the Conservative Party and they wouldn't share government with anyone- even a snow shovel.

That's all I can think of at the moment while ironing six shirts. One day when I iron six more, I'll probably think of other differences. Right now I am going outside to sit in the sun on my Muskoka Chair.
OH!!
That could be another difference- in January at least!
Posted by Rob Reid at 1:24 AM