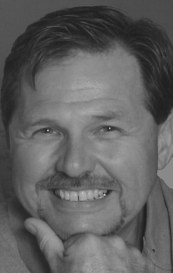 (You could insert "Girl" as well. If you like.)

I'll bet a lot of people are thinking along the lines of those lyrics these days...
Folks stuck in retirement homes because of covid for months with no family or friends allowed to visit.
Canadians still trapped somewhere in the world who would like to be home in Canada.
All those living in that Fucked up country a stone's throw away.
Hey, did you hear that "psychic" Sylvia Browne predicted this 2020 Covid disease years ago?
She passed back in 2013- before she said she would pass at 88 years of age.
That's a bitch, eh?
Must have been a shock when she walked up to St. Peter at the gates and said-
"Look, Pete. I'm not supposed to be here yet!"
"Peter would smile and say- "Lady, like I've never heard that before!"

So she left before all this came to pass.
Oh, she did add- before she passed of course, that Covid will leave us as mysteriously as it arrived and then come back 10 years from now- only to disappear forever.
Huh.
I love psychics.

Covid, things are easing here in Beautiful British Columbia.
Restaurants are opening with less seating and masked servers.
Stores that had closed- like Winners, are opening up.
We've had both a haircut and a chiropractor appointment.
My, that's progress it's just that summer will never be the same.

There's no PNE this year. That's CNE for you Easterners.
No "39 Days of Summer" here in the Cowichan. It's a free music festival that- as the name says, runs 39 days.
No parades.
No theatre- indoors or out.

No family or friends coming to the Island to say hello or stay for a day or two.
We hope that this changes in the next month.

BC- unlike PEI and Newfoundland who are not allowing tourists, is allowing visitors but would prefer if you have a damn good reason- like family. You can only camp or RV in a BC Provincial Park if you are a resident of this province. However, I don't believe you'll be turned back by provincial border guards like in the quarantined Maritimes.
If you do drive out here a head's up to put the "pedal to the medal" going through Manitoba. They don't want you either but at least they'll let you stop for fuel, food and a pee break!

Next- and this is a biggie- there are no Americans?
Whaaaatt?
Nope.

Some are a little busy anyway killing black Americans, torching police cars, stores and anything else that will burn as well as carrying anti-racist signs whose words will slowly dissolve- once the marching and burning and brick-throwing is all done.
I don't know why our Prime Minister and folks on Twitter are "horrified".
We've all seen this stuff before. In fact you could insert old news footage and no one would be the wiser. Here in Canada we only throw bricks at stores and lite police cars aflame when our sports teams lose- or win.

Now listen, I know right here in this very country of Canada, we have race problems as well.
This is where Stockwell Day says- in a high-pitched voice, "whaaat?" and Doug Ford talks like his true self after resembling something closer to a human being during his covid updates.
We are not clean kitties.
Our litter is soiled.
We have our prejudices.
We all do.
Even me.
I try not to but sometimes it stains you like beet juice on a white linen tablecloth.
You have to really try and rub it out with a permanent "stain remover".

I see the photos- I don't watch newscasts, realizing it's Lightfoot's "Black Day in July"all over again.
It's Barry McGuire's "Eve of Destruction- both here at home and internationally.
I love that song- even though the context is not a happy one.

Speaking of songs, Les Crane's "Desiderata" is probably one of the finest pieces of spiritual verse
set to music that has been recorded. I believe an entire religion could be formed around the words in Desiderata- even with the God reference included- "whatever you perceive him (her) to be"

I digress...
Anyone flying in from Europe will have to isolate.
No Canada Day celebrations either.
Egads!!
Cruise ships can't dock at Victoria's port off Dallas Road until at least November. You should see Downtown Victoria when thousands of cruisers walk off the ships and into the downtown.
Like ants to molasses.
...gotta get out of this place where we are at.

Anyhoo, kids, that's my update on life and Covid for this the 841st edition.

Oh, I just remembered. Tom Jones is 80 on June 7th.
Like I needed to read that!
Good Lawrd!

I wonder if I'll be writing and typing at 80?

I honestly don't know and I can't ask Sylvia- for obvious reasons...
Posted by Rob Reid at 9:42 PM