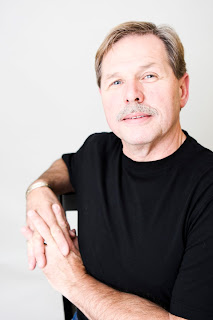 I had two phrases I thought of the other night before shutting off the light. I was going to use them to start this blog. I knew I should have written them down.
I didn't.
Now, I can't remember what they were but they were to be the start of this blog.
Now that I've lost the concept I have to start all over.

Hennaway, let me go in another direction. There are a coupe of people I follow on Twitter.
You know what Twitter is- don't you?
Good.
Now these people are a part of an organization, meaning they are not really speaking for themselves when they tweet but although known independently, they're tweeting for- let's call it a "non profit". If they make a comment it reflects mostly on this non profit- right?

Hennaway again, I've had two such "accounts" that I stopped following this week because the Twitterer had Tweeted something political. I've followed these accounts for quite a while but now what the accounts have to say has fallen silent- my choice.

I think these people tweeting under the face and name of something else need to be non-political and shut up. In the case of what I tweet on @SwissshRadio and what I write here on this blog it's a personal comment. Swisssh Radio is mine and obviously my ROBBLOG is mine since my smiling face overlooks these words from above. I don't believe it's any secret that I am not a fan of the Conservative Right. I believe in live and let live. I believe in rights for all folk. So, perhaps my comments and life are more centre-right.

When I make a comment on Twitter, I usually try to make it in the third person concocting a funny scenario by posting a photo- usually of a interesting-looking older lady. I engage this lady in a short conversation to perhaps another person in the photo or my favourite choice- to someone on the otehr end of a telephone line. That way I get my point across with comedy and without flat out saying it's me speaking the truth. I think it works quite well but I am sure occasionally I fail.

For the most part I try to be entertaining but there are times when someone like Andrew Scheer pisses me off so much I have to unload.

You know, I really don't get the right wing Conservatives.
I don't know how anyone does.
They seem to be against everything that is good about our country. I can smile and allow the Greens and the NDP's their odious opinions. Usually, I can understand their point of view but while on the topic, I must say that Jagmeet  Singh is definitely not a "Jack Layton" or the guy that followed him- old "what's-his-name" who now is a political analyst for CTV News or something.
Go figure...
Can't get enough votes to be PM but he's good enough and apparently smart enough to be a political commentator.
Geeze.

Anyhoo, these political tweets forced me to "unfollow" the offenders.
It wasn't an easy decision.
I hummed and hawed for a few days like the time a month ago I stopped following Cher because of all her anti-trump tweets. I mean, I don't like Trump either but I'm a Canadian and I follow Cher for "Cher" not anti-Trump rhetoric.

Same thing happened with Bette Midler.
Now that was hard but her Trump-Tweets got in the way and again as a Canadian I didn't want to read them anymore. In fact I looked at many of the people I follow and if they "Trump-Tweeted" too much I got rid of them. Take Jean Soon who play's Mrs. Kim on TV's "Kim's Convenience.
She talked Canadian Politics but a little too often she let go on some stupid American, anti-Trump piece of dithering and I had to click that "Unfollow" button.
Sorry Jean.
You'll be happy to know that I still follow Appa- "Mr. Kim", Actor Paul Sunh-Hyung Lee.

Anyhoo, not that any of these Twitter folks I follow give a pony's patoot if I follow them or not but at least I have now publicly stated why I clicked the unkindly "Unfollow Button".