Here's a tale of little Bunnies that I wrote way back in 2011. It suits both Springtime and Easter.
It also allows me to post something"sort of" new while I prepare to go on a late March/early April Vacation with The Mister.

The Mister and I celebrate 34 years of love and companionship and marriage (in 2006) on April 4th.
We are going back to the place where it all started all those decades ago- Honolulu, Hawaii. It's been fours years since we were there last. Up until this morning, I thought it was three years ago but it's four. My Samsung phone reminded me of that when it showed me a selection of photos from Hawaii taken on this day in 2015.
See how fast time passes? If you want to do something new, do it.
Make your plans today. Tomorrow can be a whole new ballgame.
This go round at life is way too short.
Get with the gusto!

Tom and I first met on a Wardair Flight on the way to Honolulu and our hearts have been entwined ever since.
I know. Awww....

It's not all been happy days these 34 years but we always end up smiling.
Life can be a bitch at times and there are days when...
You fill in the blanks.

We'll celebrate our Anniversary by having breakfast at The Royal Hawaiian Hotel- right on Waikiki Beach, where we first enjoyed breakfast together all those years ago.

A "fairy" story?
Yes, in more ways than one but I digress, now my "Bunny Tale".

Flopsy, Mopsy…and Florence were three of the cutest little bunnies you would ever want to lay your eyes upon.

They were so glad it was finally spring!
The days were warm.
They loved to tumble and nibble on the fresh, green grass that covered the big field next to their log home like a fluffy comforter on a big, brass bed.
The grass tasted oh so sweet!
However, the greens in Mr. Alabaster’s garden were even sweeter- especially in the spring, just as the first few sprouts of lettuce popped out of the warm earth on a warm sunny day.

The bunnies weren’t thinking about Mr. Alabaster’s garden at this particular moment. Flopsy was sitting next to a big, gray boulder grooming her white fur. Mopsy and Florence meanwhile amused themselves trying to do headstands in the tall grass. They tried and tried but fell over with every attempt giggling and snickering louder each time. Their bunny laughter was contagious. A few chickadees in a tree near the boulder chirped merrily too at the funny goings-on below.

“Come on you two”- cried Flopsy. She had finished her grooming. “Let’s run all the way down to the old cedar fence!”

“Okay Flopsy. Bet I can beat you!”- Mopsy squealed and she was off like a shot.

“Running. Always running!” Florence stood with her paws on her hips tapping her right paw gently on the green grass. “Really you two!” She was raising her voice now since her brother and sister were half-way across the field.

Flopsy and Mopsy soon reached the cedar fence. Flopsy was just a hare ahead of Mopsy.
They both collapsed in a heap near one of the cedar fence posts.

“Honestly, you two. Get a life. Both of you.” Florence had hopped on down to the fence to join the other two. She seemed a little upset. 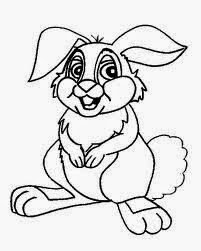 “What’s the prob Flo?” It was Mopsy who dared even ask the question.

“Florence had placed a paw on each of her furry hips once again-
“Look, it’s just that there are more interesting things to do you two.”

“Well…” Florence thought for a moment. “Like thinking about what are we going to do for Easter. We haven’t even looked for a present for Mumsy and Dadsy yet.”

“Awwww. Get ‘em some chocolate eggs. They’ll be happy with that.” It was Mopsy who spoke and suggested the idea.

Flopsy snapped a paw and added- “That’s a good idea and we can place them in a nice basket filled with fresh grass and tie a big pink bow on top and ohhhh…we can tuck Michael Buble’s new CD in the basket too!”

Florence and Mopsy looked at Flopsy. They stared for a couple of seconds, then looked back at each other again. Their little bunny noses twitching. Finally, they turned back, looking Flopsy right in the eye and speaking in unison said-