I am reading Treasure Island by Robert Louis Stevenson.
Can't you guess?

It's a classic I have never set eyes on but I started reading the book on my Samsung phone as I sat keeping my Mother company during her final weeks. It's an easy read- even with all the "Avast me Hardies" and "Larsh 'im to the yard arm!"

So far, it's a fast and interesting read.

I haven't really cast the book in my mind's eye but I can see Mr. Hugh Jackman cast in a pirate movie. He would appear stripped to the waist with a golden amulet hanging amidst the hair on his ample and well-tanned pectoral muscles. Starting at his waist he'd be wearing tight pirate pants featuring wide red stripes all the way down to his muscular calves. The pants would be jagged and torn at the bottoms and bulging...well, where pirate pants worn by Hugh should bulge. His size 11 feet- I checked on the internet- yes, size 11, are bare and tawny brown in colour.

He'd have a scabbard tucked through a belt made of black, twisted rope encircling his trim waist and maybe a golden earring in his right ear with a nipple piercing in his left titty. Maybe one tat on a broad forearm- a sketch of a palm tree perhaps...
That just about does it.
Do you have a picture in your mind's eye? 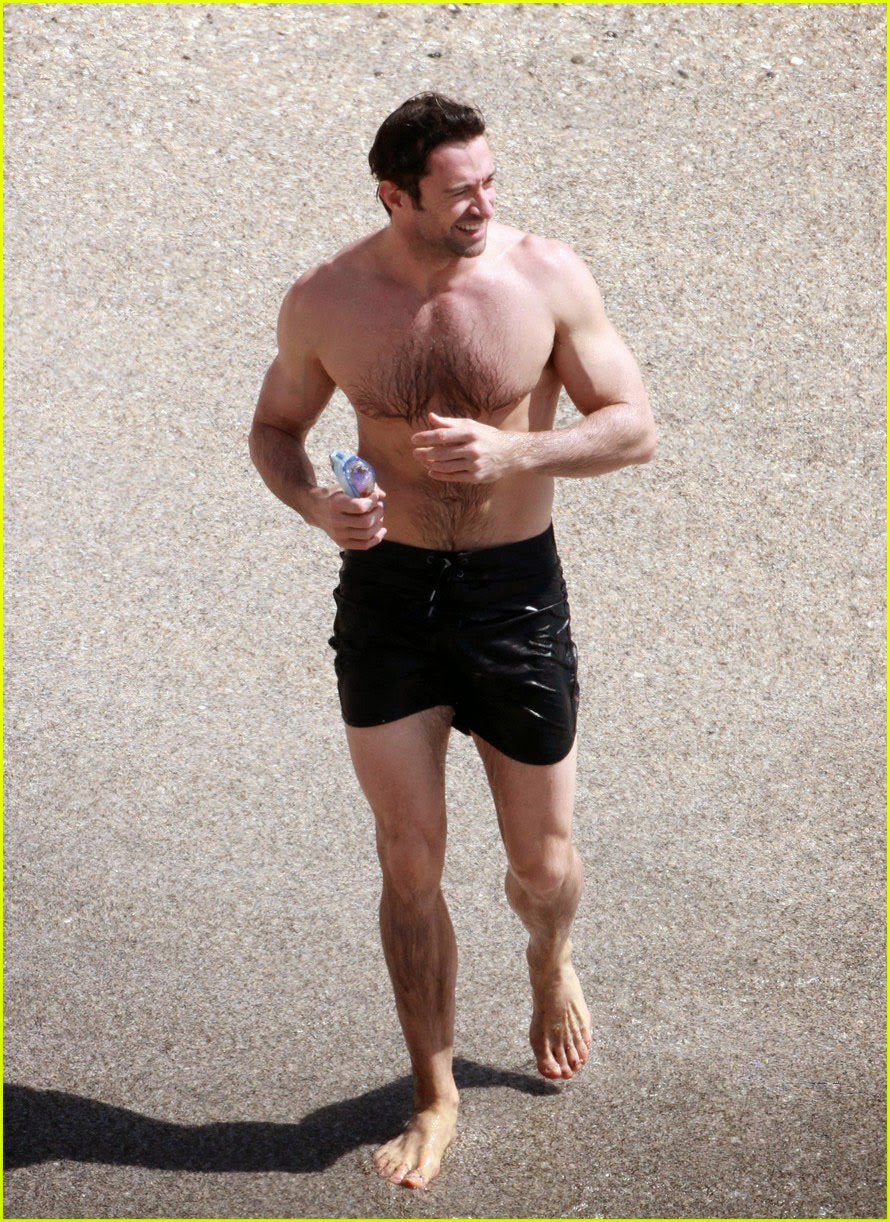 When I come across a character that fits this image, I'll cast Hugh in the part.

In the book, we are about to land on Treasure Island for the first time. Long John Silver is up to something to be sure. I'll have to read more to find out.

I do see the image of Johnny Depp from Pirates of the Caribbean as I read but I haven't sound anyone with the same sense of humour or timing in the book so far, so I am keeping him on the sidelines as well. Hugh and Johnny are sitting off to the right just out of my mind's eye camera range, under a Date Palm in their respective canvas "actor" chairs. Their names emblazoned in black script across the chair backs. They each have a cold drink in their hands filled to the brim with lots of shaved ice.

Every once in a while I see Johnny sneaking a peak over the top of his black RayBans at Hugh's massive biceps as Hugh curls his arm towards his full lips to take a drink. Johnny finds his thoughts unsettling and grabs the latest issue of House and Home from his backpack to take his mind off... things.

So, I will read on searching for a character wherein I'll cast Hugh and yes- Johnny too.

"Here's to ourselves and hold your luff, plenty or prizes and plenty of buff."