Can You Believe this?

Two guys in Cameroon (an African Country) stood at a bar drinking Bailey’s Irish Cream. They were thrown in jail for 5 years for being Gay- which they weren’t and have now been set free.
So heteros beside strapping a manbag over your shoulder, careful what you drink. You may be fingered…Hmmmm. Now that doesn’t sound  right!
Did you hear this?
What a smooth operator! An anesthesiologist at a North York Hospital apparently sexually assaulted a number of female patients while in the operating room. Because the Good Doctor was separated from the surgeons and nurses by a screen of some sort during surgery, he was able to tweek titties and more. How sad and disturbing is that?
Women suppressed…
If you’re a woman living in Indonesia you can’t straddle a motorbike anymore. It’s been made illegal. Straddling your husband or boyfriend is still legal, however. 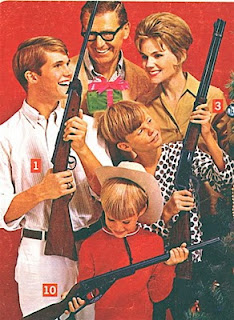 Guns are good…money.
Gun shows have been cancelled within 100 kms of that school where so many kids lost their lives. Gun shows?? There are that many in the good old US of A?
They have gun shows. We have “Gold Jewellery” Shows where Americans coming into Canada to steal the gold at less than fair prices.
Ample people shouldn’t wear polyester.
Mr. Ford- perhaps soon to be the “former Mayor of Toronto”, should buy neckties long enough to drape over his expansive gut. He looks like he’s wearing kiddie ties. If the tie don’t fit, don’t wear it. On that same topic, if he can’t do up the top button of his shirt, get a larger neck size.
Then, if one has the nerve to gaze towards his crotch, one will see a selection of creases at the top of his pant legs due to the excess weight and heat generated in that particular area of his ample thighs. It looks awful. The only solution I can think of there, is he needs to lose weight or wear a dress. Problem is as long as KFC sells bucks, that will never happen.
The older we get…
I was thinking about getting older the other day. I am beginning to see that 60+ is not an ideal age. In fact, any age from here on in is not an ideal age. Getting older and facing death is like standing in a long line at the grocery store. There are plenty of folks ahead of you but one day- all of a sudden, it’s your turn and you’ve bought your last tub of yogurt.
Right on.
The glorious right and extreme right. They spend their time making sure the rest of us are denied whatever they can deny us. That’s what the right does- deny rights- right?
Pardon-moi? Mon Dieux. 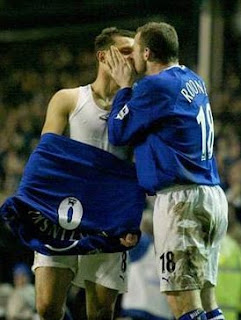 Over in France they want to make Same Sex Marriage legal. It’s the Socialists at the helm. Referring to the “rights” above again, nothing pisses off a rightie or exteme rightie like a socialist. So, hundreds of thousands of people- mostly Catholics from outside Paris, marched on the Eiffel Tower trying to prove that their way is the better way and the only way. It’s the same old argument from these Catholic Cultists- same sex marriage will destroy families and civilization as we know it. A family is Mom and Dad and two kids they say.
Blah! Blah! Blah!
What of families where a Mom or Dad leave the nest or pass on and one adult is left to cope.
What of countries including Canada where same sex marriage has been around more than a decade. Have we gone to hell in a handbasket? Are we less civilized in nature?
Are we crumbling?
No, only the Gardiner Expressway it seems.
All that happened in Canada is the Harperites control Ottawa now as our penance for waiting so long to separate church and state and make same sex marriage legal.
Get over it people. There are larger things to worry about.
Have a good one!