Two months till Christmas Day.
I hear collective- "Yikes!!" because we all know how fast the time goes between now and the Christmas Holidays- like a speeding freight train.
I have already heard of a couple of new stations playing Holiday Music and in fact there's one I have been listening to for a couple of years because I hear songs I might want to add to Starlite of Swisssh.

I know time is fleeting because relatives are heading south to get away from our Canadian winter.
Some leave sooner.
Some later.
We stay put here in this Mediterranean climate we have on Vancouver Island.
We are still in shorts.
There's still palm trees, green grass and roses blooming.
Japanese Arealia, rhododendrons and Laurel are all shiny and nice.

I know the holidays are coming because the bakery at Thrifty's- an island grocery store, has shortbreads on their shelves.
Plain or chocolate dipped.
I fell in love with this delectable little treat last Christmas and I was surprised to see them on display today. Of course, I could have left them on the shelf and waited until December to purchase- but I didn't.
Yummmmm... 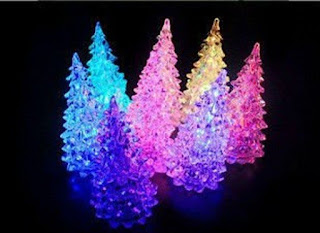 This week the Home Hardware flyer arrived at the front door and the front cover features holiday wreaths, garland and coloured lights- all on special.
It isn't even Hallowe'en!
To steal a few words from Doctor Frank'n'furter from the Rocky Horror Show- How Nice!

By the way, the Mister and I watched a British version of Rocky Horror that you can find on You Tube. Just search Rocky Horror Show Britain 2015. It was filmed live at the Palace Theatre and beamed to cinemas across Europe.
How nice!
It is a really terrific version of the musical. You'll find it hard not to jump out of your recliner and do "The Time Warp- again"!!
If you make it safely out of your recliner, for Pete's sake don't throw your back out "warping"!

I also know the Holidays are fast approaching because I spent five hours today editing and refreshing Christmas Jingles for Swisssh and Starlite. Most of the work was on the Swisssh Radio side.
Both stations play all Christmas Music beginning Friday November 16th.
Early you say?
Nope.
I've been doing this for a decade and the listenership goes up, up and up fairly quickly. 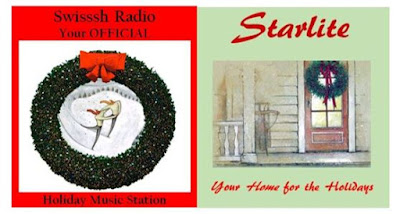 Editing and freshening the jingles was something I had wanted to do the past couple of years but never seemed to find the time. Last season Swisssh and Starlite didn't return to the internet airwaves until St. Nick's Day- December 6th. Since we had moved across Canada, that was the first opportunity I had to fire up the generator and re-boot the stations so, the first song I played from the west coast was a Christmas Tune. I can't remember what it was but I would hazard a guess that it was Bing Crosby's "White Christmas".

Then yesterday, I received my first e-mail of the year flouting a new Christmas Song from a record/movie company. It's a song from an animated movie to be released in December. I've only listened to it once so far and haven't made a decision as to whether or not I add it to the Holiday Playlist.

I still have to add the revised jingles to the computer generated playlist and then I'll be ready. Always a good idea to get a head start. I've already bought a gift or two and I have other ideas for gifting. I wonder how many of us will shop online this year? I remember doing quite a bit last season. How easy and comfortable shopping at home is. One can compare prices, easily return unsatisfactory items and the best part one doesn't have to search for a parking spot- easy in these early shopping days before Christmas.