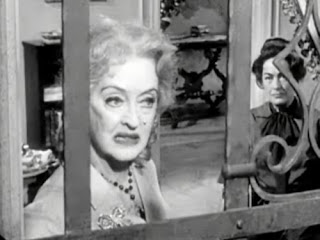 Off to Bleeker Street we go once again...A Thursday Afternoon in July about 1:40 pm

Jane: Well would you F*^%$ look at that would ya. That kid who mows Mr. Johnson's grass is stripped to the bloody waist! He's flaunting his man-made muscles and tanned skin all the way across the street so decent folks like us hafta look. ~puff, puff~

Blanche: What are you on about Jane?

Jane: That thing over there. Showing off his pecs and delts and Lawrd only knows what else.
~drag, puff~

Blanche: Now Jane Dear, it's very warm out and the young man just needs to be cooler while he's working.
~swings her chair to the window~
I can't see what the big deal is...
~Blanche looks across the street~
Oh, my stars! It is a big deal! 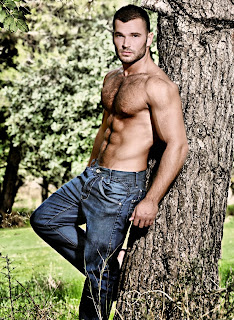 Jane: Uh, huh. I told you so. Lookit him standing there &*^% his rippling arms and flexing those stomach muscles, why if I knew who'd to call to place a complaint I would. ~puff, drag, puff~

Blanche: Now Jane, don't go upsetting yourself. I see it's just little Jimmy Hanson out there...
~pause~ but I must say he has built himself up quite well. Lot's of Wheaties in that boy I'll wager.

Jane: Yes! ...and there he struts for all the &^$#*&^ neighbours to stare and gawk. It ain't right Blanche. There's women and kiddies out there.

Blanche: Oh Jane Dear, since when have you been concerned about the neighbours? Look It's just a young man who has worked very hard at his health and well-being and today is a golden opportunity to show it off. ~pause~ My Goodness, those arms are quite impressive and the way those little droplets of perspiration are rolling down his smooth chest all the way to...

Jane: Stop Blanche! What the fuck is happening here? You're usually the one all over me for crossing a line and now your little girl panties are all moist over a 20 something stud muffin? Why,  I'd be ashamed of myself if I were you Blanche. &^%*$#@ ashamed!

Blanche: Oh, it's just a bit of girl fun. Tell you what Jane Darling...Go grab the "Brownie" and we'll take a couple of shots- you know, just to hang on the refrigerator door!

Jane: You want me to freeking well walk all the way up them stairs to get your damn camera, just so's you can take a picture of a bit of man-flesh on a hot summer day?

Blanche: Yes, Jane Dear, that's about the size of it. ~she looks out the window again and smiles~
Well, actually, it's hard to tell from across the street but if I wasn't in this damn chair...

Jane: But ya are Blanche. But ya are!! ~puffing away as she leaves to get the Brownie~
Posted by Rob Reid at 9:55 AM