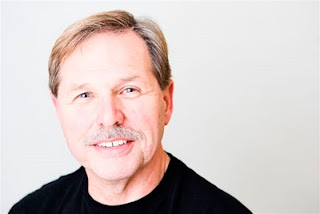 What a world we live in.

What a time.
What a place.
Here we are in 2020 and things don't look better than the past decade.
Things are worse.
Politics stink.
Social media is a problem.
Changes are afoot.
We're all trying to find "place" and hold on.

Climate change is a major concern. I can't believe those people- many Canadians, who don't see it or feel it. We have new weather terms for storms here on the left coast. How about "Atmospheric Winter"?
WTF?
I've heard that twice this "winter" season on the Island. If long range forecasts hold true we might see many centimetres of snow and unusual cold here in the Cowichan beginning next week.
Crazy.
Two years ago camelias were in bloom and we were cutting grass in early February!

War is always on the lips of many people across the world. In America, that little old country that sits east of us here on Vancouver Island, west and east to many residents of Southwestern Ontario and due south to many other Canadians, is always ready to go to war with the Middle East, North Korea and others. Citizens are being stopped and held for unusual lengths of time at immigration check points. Witness what happened at BC border points this past while.
It never changes.

I asked my sister who is spending the winter as usual, in the U.S. if her and my brother-in-law are prepared in case something comes of this current conflict the Americans- their big cheese in particular, have with Iran. She said they are keeping a close watch and will head north if something happens.
They are a fourteen hour drive from the Canadian border.
The idea is to be able to drive north- before the border closes.
Who knows?

Other family and friends are south as well and I wonder how they go about every day with the
"revenge plots" that Iran rumours to be considering inflicting. The world could be a changed place this year and decade.

I think about change.
I miss being back in old home. There are times I get all morose and sobby-eyed- if indeed sobby is a a word.
I begin wondering if :

Then, the after Christmas let-down combined with my family being so far away seems to weigh me down in this post Holiday time. I mean, I hate January to begin with and February- who needs it?
It was bad enough living through the hell of freezing cold temperatures and foot after foot of snow back in Orillia, Ontario but this "river" of rain and overcast skies has held on throughout December giving us only a half dozen chances to be outdoors in the sun. 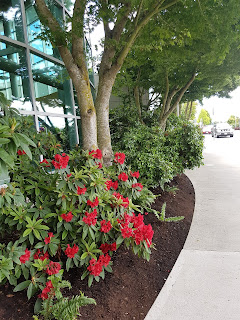 Now things are green here. Temps are about 7, 8 or 9 degrees most days- at least until that arctic forecast scheduled for next week comes along. One can walk about in a sweater and rain jacket- or shorts on the few sunny days we've had. Bicycles are still on the streets and joggers abound- one today was even bare-chested. Golf and RV resorts are open and the ocean's tides are still a remarkable event to witness at places like Cherry Point Beach.

The feeling of being unsettled or not having roots that go back more than three years is troubling at times. We've met lots of new people on the island and have formed many close friendships in a relatively short period of time. However, we still like to visit and have dinner with our former Orillia or Ontario friends who live here. We seem to hold a special bond with them that just feels right. That being said we have several very special, very close ties- family-like ties, with a half dozen folks who inhabit a special part of our Island Life. How could I give that up?
Change is good.
Or not...

I tell myself the distance from which we came from in Ontario- three time zones away, is not a small feat. It took guts and gumption.
We managed it.
It hasn't been easy, I can tell you that.
I feel hollow at times, without purpose and of course the way old father time skips merrily along faster and faster every day, doesn't help one little bit.

Will the world get through these times?
Will I?

Really, I don't know.
The next chapter is still to be written.
Posted by Rob Reid at 11:46 PM