A Hot Summer Day on Bleeker Street
1:30 in the afternoon. Jane’s looking out the window at the young stud next door, who is stripped to the waist and pushing a lawnmower. Blanche is flipping through the pages of the July issue of Chatelaine.


Blanche: A very nice article about Mark Tewkesbury in Chatelaine Jane- a charming photo of him too clad in a royal blue Speedo. My, he has kept his lovely shape- hasn’t he? She looks to Jane standing by the window Jane! Jane! What are you doing? 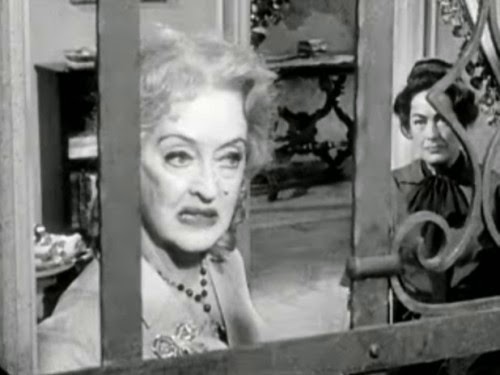 Blanche: Honestly Jane, you are doing way more than that. Will you please stop staring at that young man cutting Mr. Rickert’s lawn! The neighbours are going to start talking about you.


Jane: ~puff~ puff~ As if they don’t already Blanche! Anyway, Why... is there some kinda law about gazing at young, naked flesh?


Blanche: Not really. Unless it’s like harassment or something.


Jane: Oh! Look at those muscles. I’d like to harass him ~drag, puff, drag~


Blanche: Jane Dear, you are terrible and that young man is less than half your age.


Blanche: All I’m saying is…


Blanche wheels her chair closer to the window and looks out


Blanche: Oh My! ~blush~ He is quite an attractive young man- isn’t he?


Blanche: Oh Jane, he’s pouring that bottle of water all over his chest. ~pant~ It’s dribbling right down into his shorts. Oh Jane!


Jane: ~puff~puff~ Five minutes with that in the toolshed and I’d give up smoking!


Blanche: Five minutes of you with that young man and you’d turn him Gay! ~smirk~


Blanche: Well Jane, if I could only get out of this chair, I’d swing my legs up and over his head and tickle his…


Jane: But ya are in that chair Blanche. BUT YOU ARE!