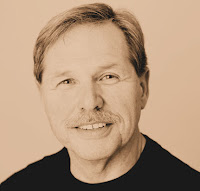 That's what I was paid on the 15th and 30th of each month at the first radio station where I was employed. CKMP 1230.
$142.50.
Not much.Cripes!
I know it was back in 1972 but cripes anyway!
I even bought a new car on that salary. A Volkswagen Beetle.
Clementine in colour.
That's orange.
It was actually a Super Beetle.
I was going to buy a regular Beetle for $1999.00 but for a couple of hundred dollars more I could get one of the new Super Beetles with curved dash and two-speed fan.
Wow!
I was told there was one coming across the Atlantic on a ship and it could be mine if I wanted it.
I did.
I saw it the day it was delivered to the dealer in Orillia, Ontario.
It was covered in a thick, pasty, whitish wax to protect the finish from the salt water on the crossing
over from Germany. The dealership- Ruff Motors, took a couple of days to clean it up and get it ready for me.
I loved that Beetle.

Today, I am thinking about that meager pay today as I record "talk breaks" for Swisssh Radio. Swisssh is a station I have operated on the web for 13 years come March 2020. As if one station wasn't enough, I started another station- Starlite, in 2012.

I wish I got $142.50 today for running these online stations but I don't get a dime.
I do it for Love.
In fact it costs me about $250 a year for the servers to enable Starlite and Swisssh to broadcast to the world and then another yearly cheque paid to SOCAN for the rights to play music.
Who doesn't have to pay out money to buy supplies for a hobby? That's how I look at it.
These days it's a hobby.
It's a part of me I am not prepared to get rid of- yet.
That may happen one day and when it does it will happen suddenly and without warning.

I never thought that in the early days of my radio career at stations such as CKPM, CFOR, CHAY FM or CHOO that I'd be doing this radio thing from a studio in my home- but I am.
Nobody knew what was ahead with the world wide web or streaming.
Gosh we used basic stuff back then.
A microphone.
Records- those vinyl things in both 45 rpm and 33 rpm speeds.
A cart machine- it looked like an 8 track before 8 tracks were invented, that allowed us to play commercials and jingles. Sometimes we'd record the music onto these carts so as not to wear out the vinyl on the records. It extended the shelf life of the 45.
Our station logs were all figured out by hand and brain in those days by someone who worked in a department called "traffic". They would plot commercial breaks, news and weather reports as well as anything special that happened throughout the broadcast day.
They were the unsung heroes working on the station logs days in advance of broadcast. 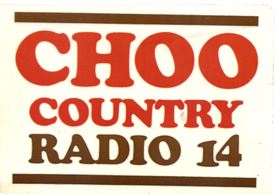 It wasn't until the 90's the radio changed.
I had changed.
I left radio in the 80's all together. When I returned it was all computerized.
Yikes!
The  microphone was still there but now all the music, jingles and commercials were safely stored inside a computer. Station logs were generated by computers.
Announcers were replaced by computers- something we call voice-tracking.
I use VTKing to run Swisssh Radio.
It may sound like I am there- in person, however I'm not.
I can broadcast "live" on Swisssh but I don't too often.
I can sit in my studio for an hour or two and record more than 50 talk breaks and then have my computer programme to insert the breaks throughout the day. It works like a charm really and on the air it sounds professional and as if I was right there in the minute behind the microphone.
It may be cheating but it is what it is.
Maybe one day I'll do a live "show" for an hour or two each day. If I commit I need to be sure.
So far, I am not ready to commit to that.