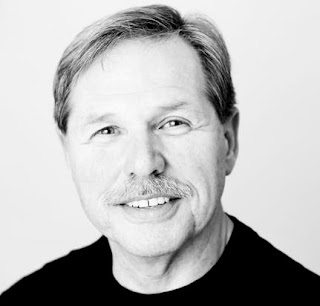 Well, wrap a necklace around my neck and call me Nancy.

Billy Porter wore a "Tuxedo Gown" to the Oscars.
A tuxedo top and a fabulous, black gown from the waist down- something Judy Garland or the Supremes might have worn.

I didn't watch the Oscars.
I saw some photos after the telecast.
I did see one film- Black Panther.
It was good and I remember the Black Panther was built like a black, brick, shithouse!
He was so hot but that's about all I remember.
Maybe that could be a new category for another year-
"The Male who looks the most like a brick shithouse!"

I had never heard of the film that won Best Picture.
I need to get out more.
Green...something. Door? Car? Something...

Olivia Coleman- who won Best Actress, I am familiar with from British TV. She plays a Queen
not unlike Billy Porter in a gown. I don't know the name of the film she won the award for.
Sorry.
Google it for pete sakes.
That's why God made Google!

That's about it for my Oscar report.
Sad- I know.

So, you're wondering how did the Mister and I spent our Sunday evening here on the west coast?
We watched 3 hours of Broadway performances, in high Def, on You Tube of course.
If you'd like to view some of the best "live" musical performances you have ever seen just search for "Broadway Backwards" on You Tube. You also might segue to the LA Gay Men's Chorus for a selection of songs from South Pacific.
~pant~
You won't be disappointed with "I'm Gonna Wash That Man Right Outta My Hair."
Trust me.

With Broadway Backwards, the men sing "Lady Songs" and the gals sing songs that have been traditionally performed by men.
Let me tell a truth- before you watch.
90% of what we watched were the guys.
Shallow, I know.
"Cell Block Tango" from Chicago, "Bring on the Men" from Jekyll & Hyde, "Sixteen Going on Seventeen" from The Sound of Music, "Diamonds are a Girl's Best Friend" from Gentlemen Prefer Blondes and "I am Telling You" from Dreamgirls.
Plus many, many more.
It's a great way to spend an evening.
Front Row seats.
Great Performances.
No lineups to the ladies room.
No long drive home from the theatre.

It was a long time coming but the Pope has finally figured out how to stop all this sex abuse that has been and still is rampant in the Catholic Church. I mean this is so simple even one of my alter-egos- "Sister Mary Margaret", could have figured it out. In fact it almost sounds like something stupid she'd say. Now, I hope I am understanding this correctly but I believe the Pope- Christ's Official representative on earth, said the way he'll combat sex abuse by Priests in his Church is to bring down "The Wrath of God". 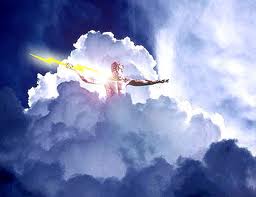 Well now, there it is straight from the Pontiff's Pie-Hole.
Call God on the Pope to God phone- which I would imaging is encrusted in "Gold", asking the Mighty One to invoke his Heavenly Wrath.
Gee, how simple is that but then most answers to life's major questions are simple in nature.

Hey, while God's in a wrathing mood, maybe he could fix some other things that are desperately in need of correcting on this Earthy Plain like  Slavery and Human Trafficking, Global Warming and the price of gas.
Just to name a few.
Just a thought...

One final thought.
Check out a few videos from Sister Mary Margaret at
www.facebook.com/DoubleRProductions2017

I'll pre-warn you- that Gal can be sassy. She's no Muthuh Teresa.