ROBBLOG #770 The Powers That Be 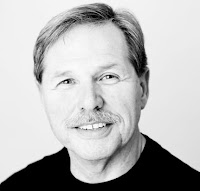 I have magic powers, you know.

Oh, I can't fly.
Or see through solid matter.
Or leap tall buildings in a single bound.
Or fly...
Right. Sorry, I mentioned that already- didn't I.

These powers are small and personal.
I don't abuse them and I don't always talk about what I see or think.

The past few days I have been thinking of and have seen flashes of a huge, hot fire.
A building somewhat taller than its width.
A hot fire.
In a City.
People near.
Then, I read the headlines.
It didn't sink in at the moment but later it did.
"Oh, that's the fire"- I thought to myself.

A friend was struggling with a serious illness.
I saw a fence.
My friend was on the other side.
I said- "You have to start seeing yourself on the other side of that fence.
Look ahead, it's a whole new ballgame over there."
"I don't like baseball."- my friend said.
"It's softball, actually."- I say.
She paused then said- "What?"
Then I saw- "Softball. It's softball on the other side of the fence."
(Someone told me to say that. Then, I saw the number '4')
"Oh and 4 too."
This was sounding crazy stupid.
"Four?"- my friend was as confused as was I.
"I have no idea"- I added, "No idea what that means but you will".
"Oh..." came the reply.
The "4" did make sense a few days later. Did all this mumbo-jumbo help?
I honestly do not know.
I hope it did.

Sometimes when I see little flashes of something or a person or a place, it's like I am standing behind a waterfall looking through the water tumbling down in front of me from a precipice above.
It's not always clear.
Shapes can be cloudy.
No, they are murky.
The shapes can be clearer and cleaner in a dream.
Sometimes that happens too.

At times I can hear some of those who have passed into the next realm.
Not always words but ideas.
Letters.
Pictures.
Shapes.
At times an "entity".
I am not sure if "entity" is the right word but let me use it for now. At times this "entity" is pretty persuasive and wants me to tell the person in front of me what they are seeing and now showing me.

This is about the time that I start to feel like an idiot.
I might say..."look, you don't know me or hey, we've just met, however, I need to tell you such and such. It might help you."
Good grief.

Once a few years ago, in a restaurant, I said something to a server looking after our table.
I told her what I had been shown.
It made sense to her and she told me the story.
I left it there.

About a month later, a car pulls up alongside the curb where I was walking on the sidewalk.
The car's window quickly rolled down.
The server who had looked after our table stuck her head out and said-
"You were right! You were absolutely right!"

I felt like I had helped but I didn't understand.
Not really.

Today- February 20th, is my cousin Judy's birthday. Judy passed back in September of 2018.
She would have been 69 today.
We would have joked about that.
I miss her dearly.
I still go to the phone to call her.
I may think of something about our family I want to mention the next time we talk. I tuck it away in the back of my mind until the next time I speak to her.
Then, I reality hits. I can't call her on the phone anymore.
~tears~

It was only a few hours after she made her journey to the next level of our existence when I heard her voice as clear as clear could be.
"I'm okay". Then her Judy giggle. Then...
"..and don't even think about coming back for me. Why would you?"
She meant back east.

I wondered why this blog came into my mind last night. I typed it to myself from my mobile phone in an e-mail so I wouldn't forget the content.
Now, I know why.